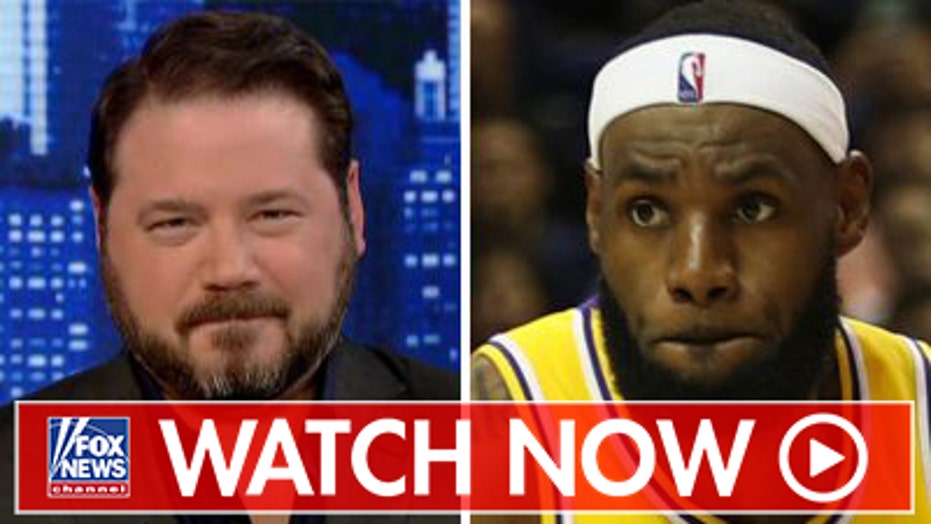 NBA star LeBron James had a chance to make a strong statement in support of pro-democracy demonstrators in Hong Kong but failed when he criticized another team's general manager, according to Federalist publisher Ben Domenech.

James instead offered input in the debate by criticizing Houston Rockets GM Daryl Morey for tweeting a slogan associated with support for the marchers in Hong Kong, Domenech said Tuesday on "The Story."

"I think that LeBron had an opportunity here," he said.

"He's one of the few people who's bigger than the league itself. He can actually come out and say things that other NBA players cannot say." 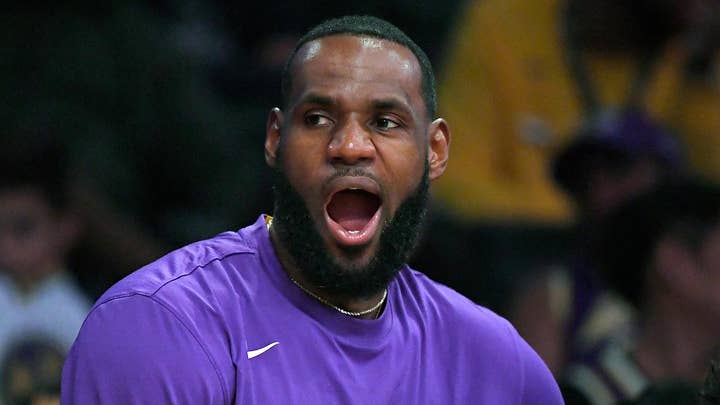 Instead of criticizing Morey as either "misinformed or not educated," James could have used the opportunity to rise above the debate and show strong support for Hong Kong.

"In the moment, he could've sent a message by saying something that really understood the value of free speech, expressed some sympathy for the American-flag-waving kids who are in the streets in Hong Kong," Domenech said.

The demonstrators, he said, are "protesting on behalf of a defense of their personal autonomy and freedom and independence."

On Monday, James was slammed after he criticized as "misinformed" a general manager's tweet supporting Hong Kong's ongoing pro-democracy protests — and then doubled down in a damage control tweet, saying the online show of support for the embattled demonstrators "could have waited a week."

James, who's considered one of the more outspoken athletes on social justice issues in a league that prides itself on being one of the most progressive in sports, was uncharacteristically deferential to NBA and Chinese leadership in his remarks about Morey's tweet of a slogan – "Fight for freedom. Stand with Hong Kong" – expressing support for those marching in Hong Kong.

The single tweet from Morey's personal account was soon deleted, but not before spurring a rebuke from some within the NBA and inciting a backlash in China. Authorities in the communist country last week canceled publicity events and news conferences and banned the broadcast last week of an exhibition game between the Brooklyn Nets and James' Los Angeles Lakers.

“I’m not here to judge how the league handled the situation," the perennial All-Star told reporters in Los Angeles on Monday night. "I just think that, when you’re misinformed or you’re not educated about something – and I’m just talking about the tweet itself – you never know the ramifications that can happen. We all see what that did, not only did for our league but for all of us in America, for people in China as well. Sometimes you have to think through the things that you say that may cause harm not only for yourself but for the majority of people. I think that’s just a prime example of that.”