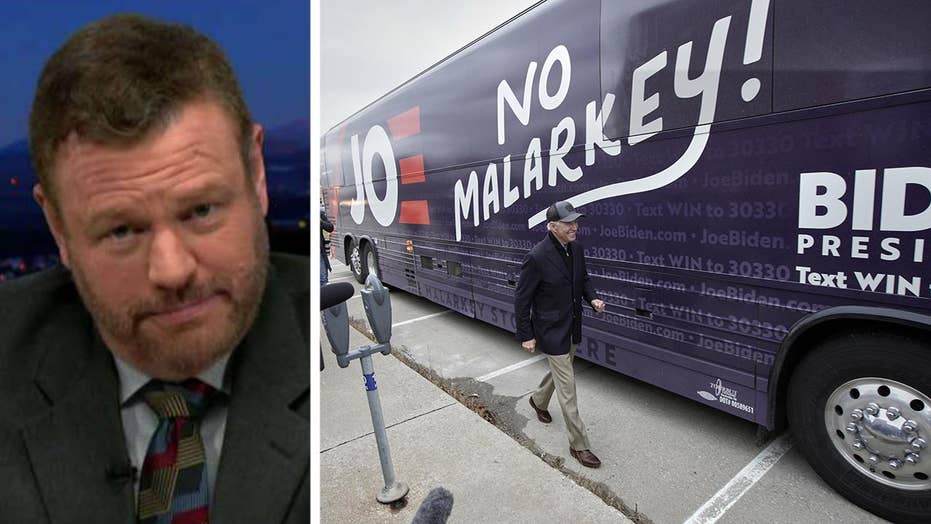 Columnist Mark Steyn reveals the other options Biden could have chosen.

"He paid some fancy millennial consultant $30 million to come up with that slogan," Steyn said. "They did focus groups on other ones ... They also want for the, no horsefeathers tour. I think that tested quite well with Muslim millennials. And they tried the no-flap doodle tour. I think that actually worked well with some feminist lesbians.

"And then the final one... the no cockamamie, fiddle-faddle, for the birds, bunkum, dagnabit tour, which polled really strongly with undocumented transgenders," he added. 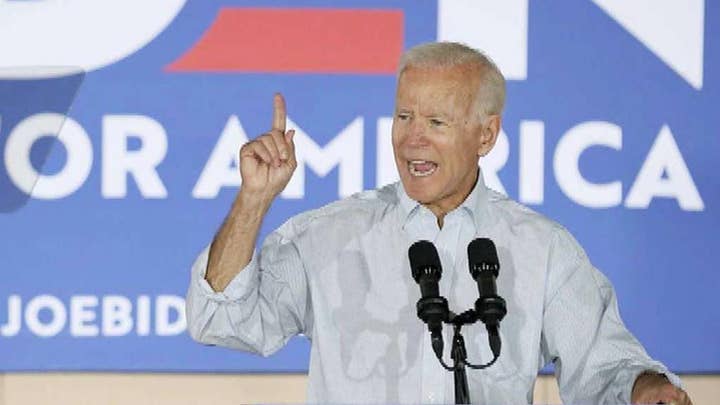 Steyn continued to mock Biden for referencing his leg hair on the campaign trail after he said children used to play with his legs and jump in his lap.

"I have waited all my life for a hairy-legged candidate and this is — this is a critical lane and the Democratic primary," he said. "We talk about the moderate lane, the socialist lane, the even more socialist lane, but the hairy leg lane has been wide open since Beto [O'Rourke] Instagrammed himself shaving his legs back in August.

"And then using an arugula exfoliate to moisturize them. [Biden] cunningly saw that there was an opening."

The tour's name is likely derived from Biden's 2012 vice presidential debate against former GOP Rep. Paul Ryan when he told the Wisconsin Republican that his critique of the Obama administration's foreign policy was, "a bunch of malarkey."

Steyn said if Biden were not committing daily gaffes and talking "gibberish," more people would be discussing the Ukraine corruption allegations against him and his son.