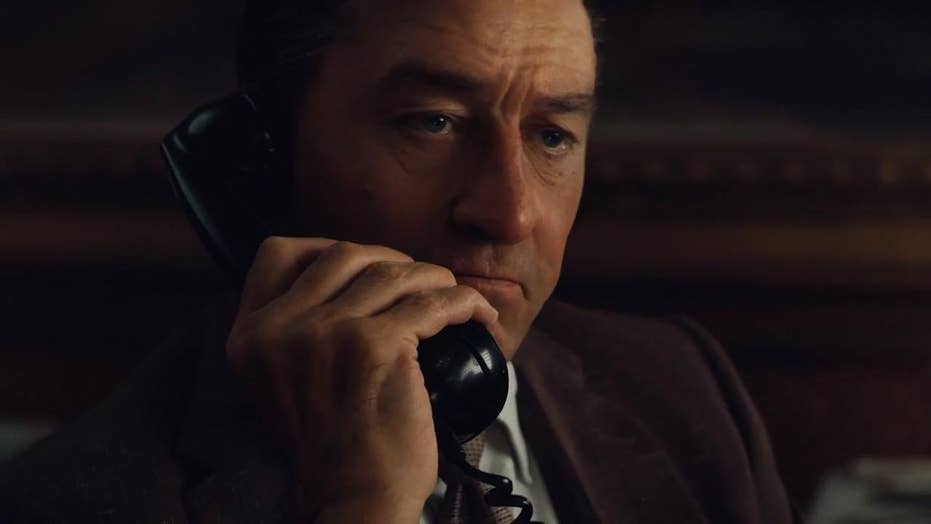 "Now that they are caught in this buzz saw of accusations that the movie is a fraud -- they are doing this artistic license dodge," said America's foremost authority on the murder of Jimmy Hoffa as director Martin Scorsese and Hollywood heavyweight Robert De Niro defend their new movie, "The Irishman."

"The Irishman" is based on the 2004 book, "I Heard You Paint Houses," which tells the story of self-described mob hitman, Frank Sheeran, who claimed that he killed Hoffa in July 1975.

Investigative reporter and author of the landmark 1978 book, "The Hoffa Wars: Teamsters, Rebels, Politicians and The Mob," Dan Moldea spoke to Fox News in conjunction with the release of Fox Nation's "Riddle: The Search for James R. Hoffa," hosted by Fox News senior correspondent Eric Shawn.

Moldea and U.S. law enforcement have rejected the theory advanced in "The Irishman," that Sheeran killed Hoffa.  And in a new interview, De Niro acknowledged that Moldea warned him years ago that the story upon which his new movie is based was a lie.

ERIC SHAWN: MOBSTER'S SON SAYS HE KNOW WHERE JIMMY HOFFA IS BURIED (AND WHO KILLED HIM)

“Dan is a well-respected writer. I met him in D.C. for a writer's thing where they get together every year," De Niro told IndieWire, "He said that we were getting conned. I wasn’t getting conned... I have no problem with people disagreeing. He, of course, is an authority on Hoffa and everything else. As Marty [Scorsese] says, we’re not saying we’re telling the actual story, we’re telling our story. I believed it.”

Moldea suggested that De Niro recognizes that the movie is not an accurate portrayal. "They see they are caught in a jam, a this movie is bull*** thing, and they are going with the artistic license dodge."

However, Moldea, who saw the "The Irishman" and said that he respects and admires De Niro, said that the film should be enjoyed for what it is.

"I'm cheering this movie on -- in the theaters and on Netflix," Moldea said. "The more successful this film is, the more Hoffa will return to the public radar screen."

Shawn also spoke to the author behind the book that inspired the De Niro movie, who defends Sheeran's claim as the truth.

"What would you say to someone who goes, 'Oh, he made it up? This is not true. He just wanted to sell a book,'" Shawn asked the author of "I Heard You Paint Houses," Charles Brandt.

"Just to understand basic principles of confession and corroboration," said Brandt of his book and Sheeran's story.  "And it's satisfied over and over again."

On "Fox and Friends" on Monday, Shawn called for the government to release the DOJ files related to their investigation into Hoffa's disappearance, investigators concluded that 'Sally Bugs' was responsible for Hoffa's assassination. 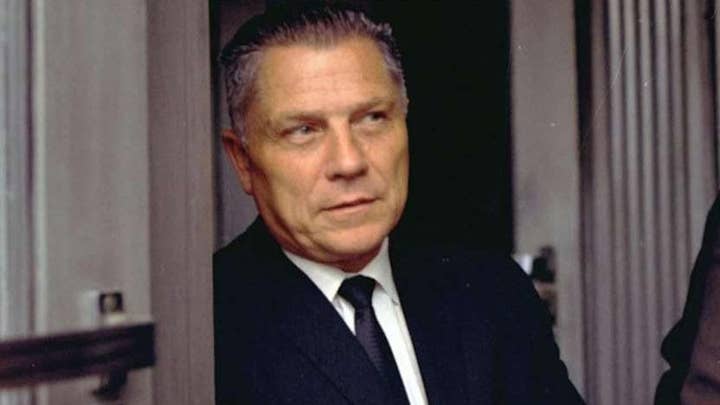 The bureau was sued and released about 17,000 Hoffa case documents almost 30 years ago, but Moldea said that the government redacted, or blacked out, the vast majority – about 12,000 of them.

"There are really only two documents I want to see," said Moldea.  "An FBI timeline containing records of dispatch for Gateway Transportation," which is allegedly the company that supplied the truck to transport Hoffa's body from Detroit, where he was allegedly killed, to New Jersey.

"And the affidavit in support of a warrant used to do an excavation on a farm in Michigan in 2006," Moldea continued, "I'm led to believe that affidavit contains dynamite."