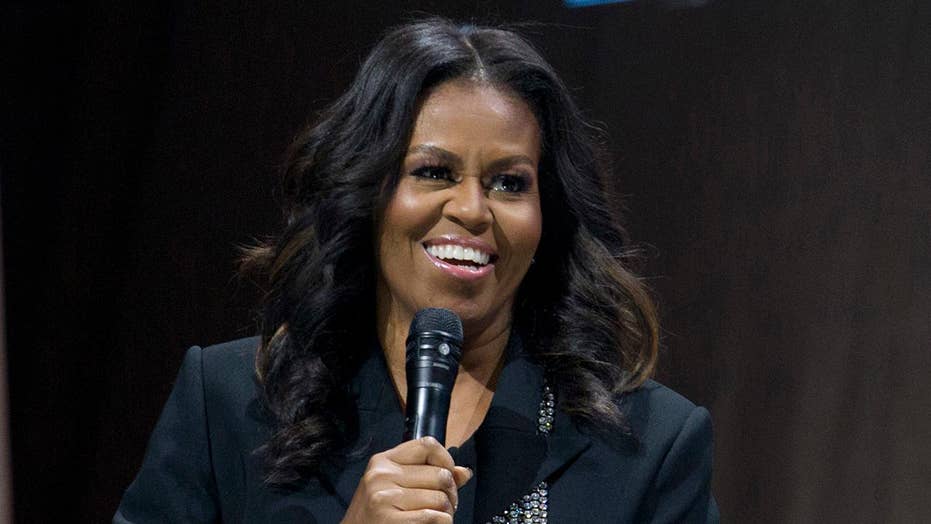 "I’d love it if Michelle [Obama] would agree to it," she said. "But I think she’s had it with politics. I don't know. She’s so good at everything she does. That would be wonderful."

Her comments came amid speculation surrounding whom former Vice President Joe Biden, the presumptive Democratic nominee, would choose as his running mate. Biden has pledged to choose a female running mate but it's unclear whom that woman will be.

Like his wife, the former vice president said of Obama that he would "take her in a heartbeat."  “She’s brilliant," he told a Pittsburgh outlet. "She knows the way around. She is a really fine woman. The Obamas are great friends.”

He added, however, that he didn't think the former first lady was interested in the position. “I don’t think she has any desire to live near the White House again,” he said.

Top Obama advisers have similarly panned the idea that she was interested, while the former first lady herself said in her memoir that she had "no intention of running for office, ever."

Despite her lack of interest, Obama has polled extremely well. A Gallup poll from last year ranked her as the "most admired woman" for the second year in a row. Another poll last year found that Obama tied with the former vice president among Democratic voters asked about their choice of nominee.

While the former first lady has been praised by Democrats, she's received backlash for attempting to impose stricter standards on school lunches. She also famously caught backlash for saying in 2008 that she was proud of her country for the first time.

“People in this country are ready for change and hungry for a different kind of politics and … for the first time in my adult life I am proud of my country because it feels like hope is finally making a comeback," she said.