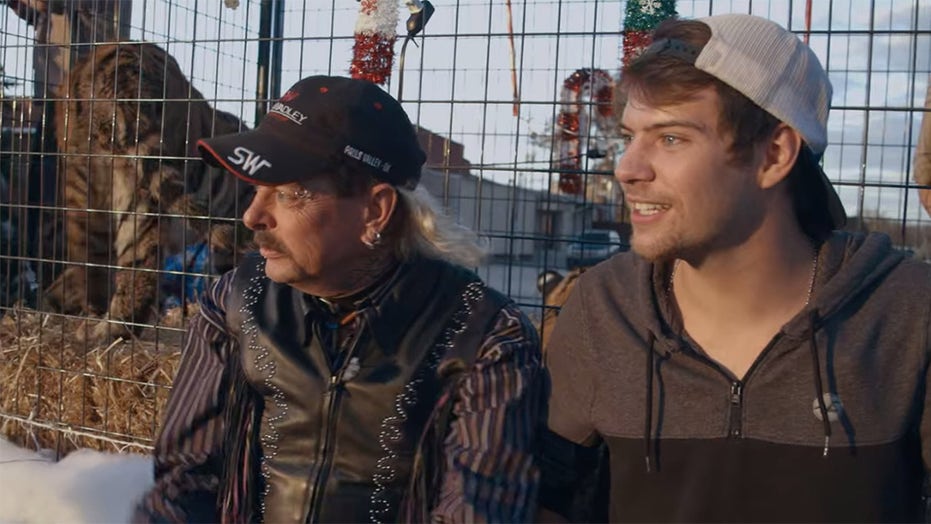 The husband of “Tiger King” star Joseph Maldonado-Passage, better known as Joe Exotic, spoke candidly about how they cope with their marriage while the embattled former zookeeper is behind bars.

“I think, obviously him getting Carole caught for killing her husband is a huge thing to him,” Passage told the hosts. “Who knows what happened? The investigators could either find something or they couldn't it’s really up in the air.”

Baskin has repeatedly denied that she had anything to do with her husband’s disappearance.

“I feel for her,” Passage noted. “Everyone is saying she killed her husband and if she didn’t, that’s gotta have a big impact on her.”

He went on to discuss how he and Joe’s relationship is doing now that he’s behind bars. Passage explained that physical relations are not a big motivator for him and that he’s content with calling his husband daily.

“Sexually I’m not the most… like, that’s not what drives me,” he explained. “I’m more of a quality time kind of person. So like, our conversations are always like, very positive and uplifting. Obviously we don’t have like, sex phone calls over his jail stuff.”

When the hosts pressed him on how those kinds of calls would even work, he made it clear that he had no idea.

Joe Exotic's husband, Dillon Passage, opened up about how their marriage works while he's behind bars.  (Netflix)

“Obviously, I have not been in that situation. But I feel like it would be really weird and awkward. That’s just weird. Our conversations are more uplifting,” he explained.

Passage also noted that, given their 35 year age gap and the fact that Joe is likely to be in prison for a long time, they’ve discussed the idea of him moving on with someone else. However, Passage said that he’s not currently looking to fill any void that his relationship with Joe isn’t satisfying at the moment.

The "Tiger King" star is also holding onto hope that his husband’s sentence will be reduced through the appeals process or even commuted by President Trump.

The president was recently asked about issuing a pardon to Joe during a press briefing and joked that he would “take a look” at the case. Speaking to the hosts, Passage said that this was an exciting thing for his husband to hear, even if it doesn't look like a pardon is forthcoming.

“There’s definitely a possibility, you know, if he doesn’t get the pardon from President Trump then we’re at least hoping for a lesser sentence after this appeal process,” he explained. “But Joe is a huge Trump supporter. He was super excited that Trump even said his name, that was a really big deal for him.”