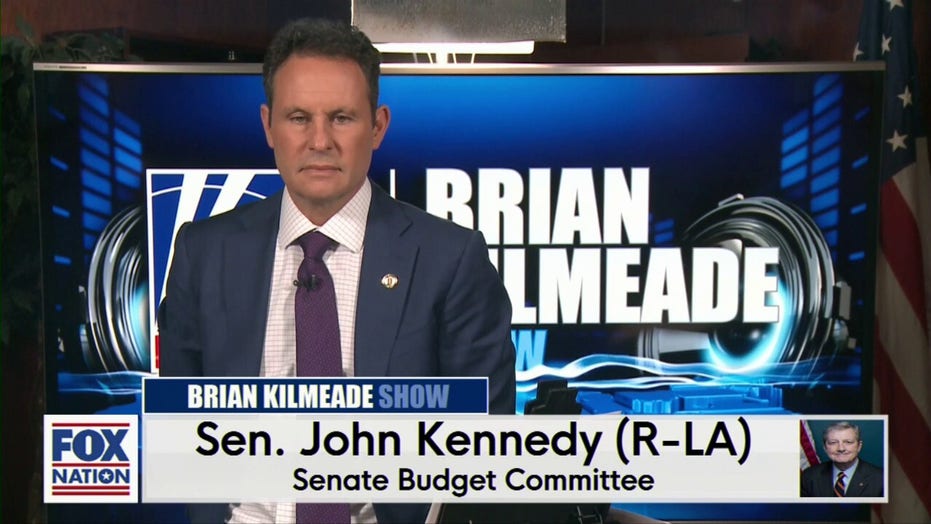 Sen. John Kennedy: There is a way to simultaneously reopen America's economy and protect lives

Louisiana Republican Sen. John Kennedy told the 'Brian Kilmeade Show' those arguing conversations about reopening the economy are 'morally tainted' have a 'sophomoric point of view'

America's economy will collapse if it remains closed until the number of coronavirus cases is down to zero, Louisiana Republican Sen. John Kennedy said Friday.

In an interview on the "Brian Kilmeade Show" with host Brian Kilmeade, Kennedy said that in his home state confirmed COVID-19 case numbers are moving in the right direction.

National Guard personnel walk outside the Ernest N. Morial Convention Center during a media tour of a temporary hospital that has been set up, as an overflow for local hospitals that are reaching capacity, in response to the COVID-19 pandemic, in New Orleans. (AP Photo/Gerald Herbert)

There are now almost 870,000 confirmed cases in the United States and the nation is expected to surpass 50,000 deaths today. Of those cases, Louisiana lays claim to over 25,000. According to the Associated Press, the state’s estimated death toll hit 1,540 on Thursday, up from 1,470 a day earlier. Gov. John Bel Edwards noted at his daily news conference that the number this week surpassed the state’s estimated death toll from Hurricane Katrina in 2005.

Louisiana’s emergency "stay-at-home" orders and bans on gatherings of more than 10 people are set to expire April 30.

"Our economy is heavily reliant on oil and gas, tourism, petrochemical manufacturing, timber production, agriculture, aquaculture...We don't have a lot of large companies," Kennedy added. "We have mostly small businesses and they're hurting badly."

"And, you know, the uber elites and some members of the media, some...politicians, academics, say you're morally tainted if you want to talk about the economy. I think that point of view is untethered to reality," the senator remarked.

Kennedy said there has been "a lot of damage done both in terms of public health and in terms of our economic health."

"I've heard some national commentators suggest that 'Jeez, we shouldn't even think about opening up the economy until clearly we have almost no coronavirus cases,'" Kennedy continued. "And, by then the economy will have collapsed. I wish we could do that, but we will have burned down the village to save it."

Kennedy said it's "sophomoric" for some to claim that those expressing concerns about the economic shutdown are "putting dollars over human life."