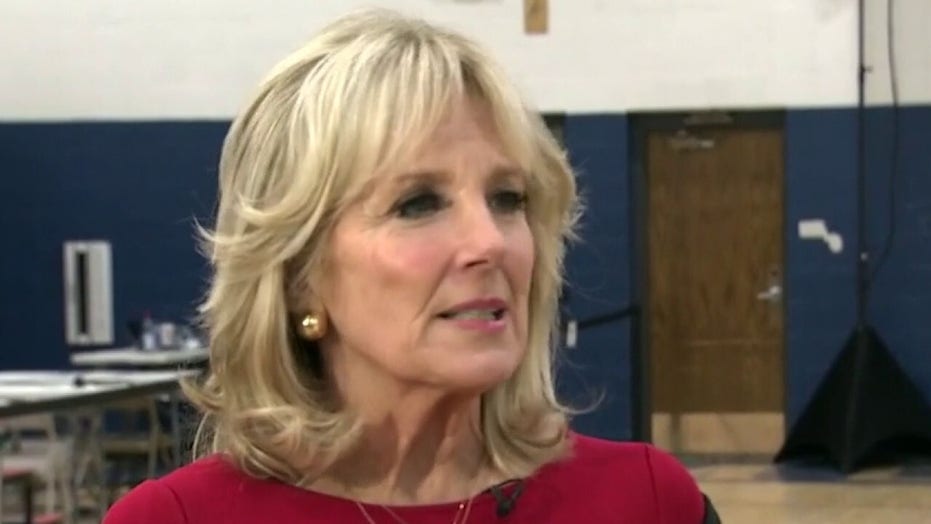 A heckler at former Vice President Joe Biden's campaign stop made it difficult for him to get through his speech -- that is, until his wife got involved.

Jill Biden approached a man who appeared to be heckling and recording the former vice president on his iPhone. She stepped in between the man and her husband and seemed to push him gently toward the exit as other staffers also intervened.

Jill Biden had introduced him at the campaign stop in New Hampshire on Monday before the two had an embrace and the former vice president praised his wife.

"I am Joe Biden, Jill Biden's husband -- and I rest my case," he said before jokingly walking away from the podium.

"I tell you what. As my mother would say, God love her," he said. As he thanked his wife, the heckler started shouting at the former vice president.

After the heckler was nudged away from the podium, he appeared behind Biden and the crowd surrounding the Democratic frontrunner. Biden's supporters chanted in response: "We want Joe! We want Joe!"

Although the former vice president has led his Democratic competitors in most polling, he was unable to grab the top spot in Iowa's caucuses last week. New Hampshire's primary could serve as a critical test of Biden's electability, as it's one of the first primaries of the election cycle.

The former vice president abruptly announced on Tuesday morning that he won’t spend primary night in New Hampshire as planned and instead is flying to South Carolina to headline a kickoff rally in the state he’s long considered his campaign firewall.

“We’re going to head to South Carolina tonight,” Biden told reporters as he visited a polling station with voting underway in the state that holds the first primary in the race for the White House. “And I’m going to Nevada… we’ve got to look at them all.”