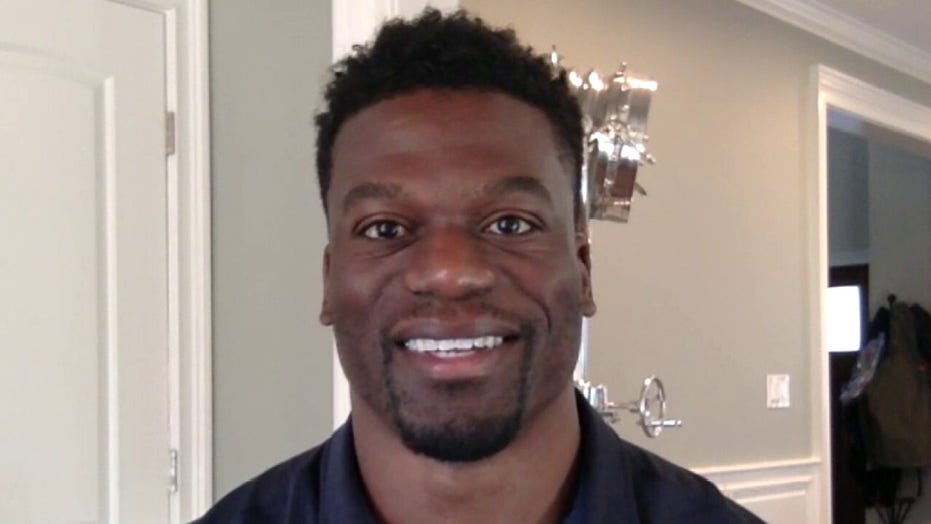 Retiring New England Patriots player Ben Watson talks staying home with a house full of kids during the coronavirus and reacts to Tom Brady's decision to leave the team.

Former ESPN host and vocal Trump critic Jemele Hill blasted New England Patriots owner Robert Kraft for being friends with the president despite his efforts to combat the coronavirus outbreak.

Kraft, a longtime ally of President Trump, oversaw a shipment of roughly 1.7 million N95 masks from China using the Patriots' private plane. But Hill condemned the NFL team owner for his association with the commander in chief.

"This is where I remind people that Robert Kraft is friends with Donald Trump and gave to his campaign. It’s incredible the Kraft family is doing this, but hope they understand their money helped empower their 'friend,'" Hill tweeted in reaction to the news.

GOV. GRETCHEN WHITMER WEARS 'THAT WOMAN FROM MICHIGAN' T-SHIRT IN SWIPE AT TRUMP

The Atlantic staff writer doubled down on her comments against Kraft in response to critics on Twitter.

After one Twitter user asked her if it was "necessary" to make such political attacks, Hill replied, "Yes it is necessary. If we don’t critically think about how we got here, we will be back here again."

"If you consider facts divisive, oh well. But maybe these owners and billionaires need to better understand that just as their money can do a good deed, it can cause also cause irreparable damage," Hill told another Twitter user.

TRUMP FIRES BACK AT SCHUMER OVER CORONAVIRUS CRITICISM: 'NO WONDER AOC IS THINKING ABOUT RUNNING AGAINST YOU'

Carrying more than a million N95 masks, the New England Patriots private plane touched down in the U.S. Thursday, returning from China to deliver protective gear for frontline workers battling the coronavirus outbreak in Massachusetts and other hard-hit states.

The tightly coordinated mission reportedly overcame regulatory hurdles just to get permission to land in China, where the crew was told to remain on the plane while people on the ground loaded the cargo.

“I’ve never seen so much red tape in so many ways and obstacles that we had to overcome,” team owner Robert Kraft told the Wall Street Journal.

The jet had only a three-hour window to accept the supplies and took off with just 3 minutes to spare, the paper reported.