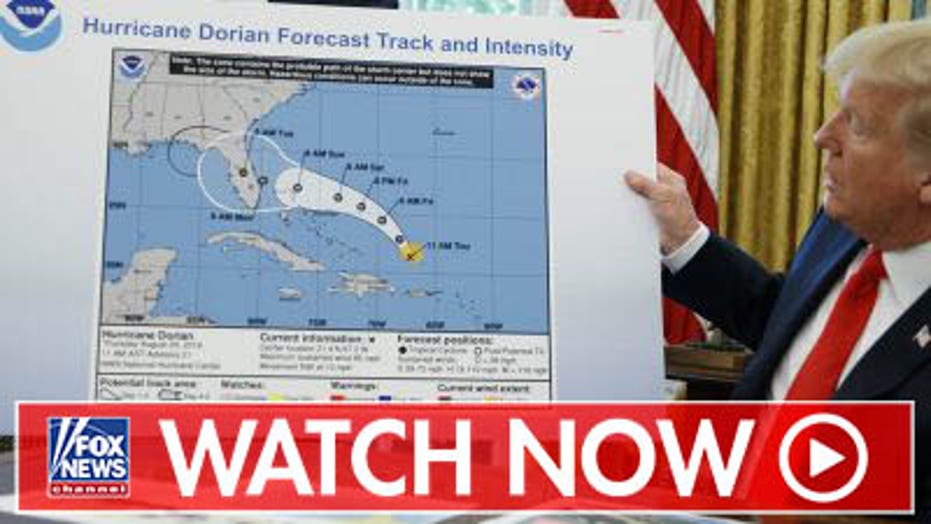 President Trump proved once again the press will attack him on even the smallest controversy -- after what was dubbed, "SharpieGate" materialized, according to Jason Riley.

Nothing was gained from the dayslong back-and-forth between the president and the media over Trump's claim that Hurricane Dorian could potentially affect Alabama, Riley said Friday on "Special Report."

"We learned Trump won't back down from a fight. We learned that there is no controversy that is too petty or stupid for the press to harp on that paints this president in a bad light."

Earlier on "Special Report," anchor Bret Baier reported the National Oceanic and Atmospheric Administration (NOAA) put out a statement on the matter backing up Trump's claim.

"From Wednesday, Aug. 28, through Monday, Sept. 2, the information provided by NOAA and the National Hurricane Center to President Trump and the wider public demonstrated that tropical storm-force winds from Hurricane Dorian could impact Alabama," the statement read.

Baier added NOAA said the Birmingham office of the National Weather Service put out a tweet contradicting the president that itself was not completely accurate.

The tweet -- which said Alabama, "would NOT see any impacts from Dorian," itself "spoke in absolute terms that were inconsistent with probabilities from the best forecast products available at the time," NOAA said.

Prior to the NOAA statement, a Maryland Democratic lawmaker compared Trump's "SharpieGate" controversy to something seen on "SNL."

"This is just 'Saturday Night Live'-style cartoonish behavior by the president of the United States," U.S. Rep. Jamie Raskin, D-Md., said in a CNN clip played by Baier.