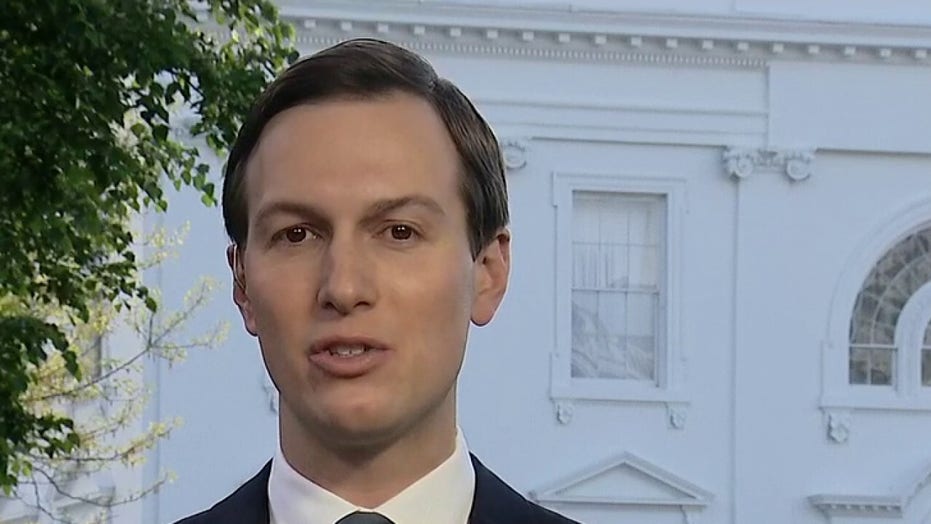 Jared Kushner, senior adviser to President Trump, discusses current state of the coronavirus equipment supply chain and where we stand with testing

White House senior adviser Jared Kushner said Wednesday that he is very confident America has all the testing the country needs to start reopening in accordance with coronavirus' safety protocol.

Appearing on "Fox & Friends" with hosts Steve Doocy, Brian Kilmeade and Ainsley Earhardt, Kushner said that this has been a historic and unprecedented challenge for the administration as well as the American health care sector.

"You've never really had a situation where you had to respond in this quick time frame to such a massive surge in demand for supplies that we didn't make in this country," he stated.

"The health care sector in America is mostly controlled by the private sector and not-for-profits. So, it's not run by the government. So, you need to take a custom-tailored approach and we created a 'control tower' approach with the private company distributors in order to make sure that we could be as efficient as possible," he continued. "And it's been quite successful."

President Trump listens as Dr. Anthony Fauci, director of the National Institute of Allergy and Infectious Diseases, speaks about the coronavirus on Tuesday, April 7, 2020, in Washington. (AP Photo/Alex Brandon)

"And now, you know, everyone is talking about testing and I have to say that the work that's been done over the last 60 days on testing has been absolutely extraordinary, about 5.8 million tests now performed, by far the most in the world. And you're going to see that number continue to accelerate," Kushner predicted.

As cases in the United States topped one million on Tuesday, President Trump explained it was because more patients have been tested here than in other nations.

“The only reason the U.S. has reported one million cases of CoronaVirus is that our Testing is sooo much better than any other country in the World,” Trump tweeted early Wednesday. “Other countries are way behind us in Testing, and therefore show far fewer cases!”

Trump Monday released the White House’s plan to expand testing across the U.S.

“All parts of the country are in good shape and getting better,” Trump said. “We are continually expanding our testing capacity and are hopeful that we’ll be reopening soon.”

The U.S. is far ahead of other virus-stricken countries like Spain, Italy, France, and the U.K. in the total number of cases, but it has a much larger population.

The administration has been criticized by Democrats for downplaying the threat of the virus when it first appeared in the U.S. in January and for not acting fast enough in distributing tests to states. Many states are still struggling with a lack of testing kits. 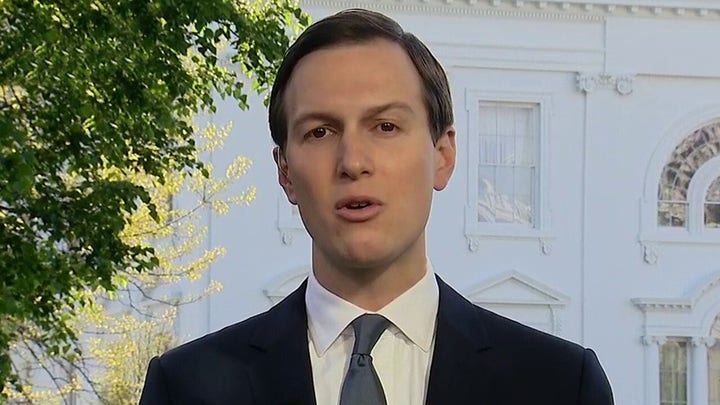 Kushner said the task force has a new round of calls scheduled with governors on Wednesday to discuss what supplies are still needed and what will be needed in the coming months.

"Yesterday, Governor DeSantis was saying that he has more testing capacity than he has demand for the tests, and so we're really doing quite well with that," he pointed out.

"And I always find that we see leading indicators and often the media sees the lagging indicators, But, the leading indicators [on] testing are extraordinarily positive. And I'm very confident that we have all the testing we need to start opening the country in accordance with the safety guidelines that President Trump, the vice president, Dr. Birx, and Dr. Fauci laid out on April 19," he concluded.