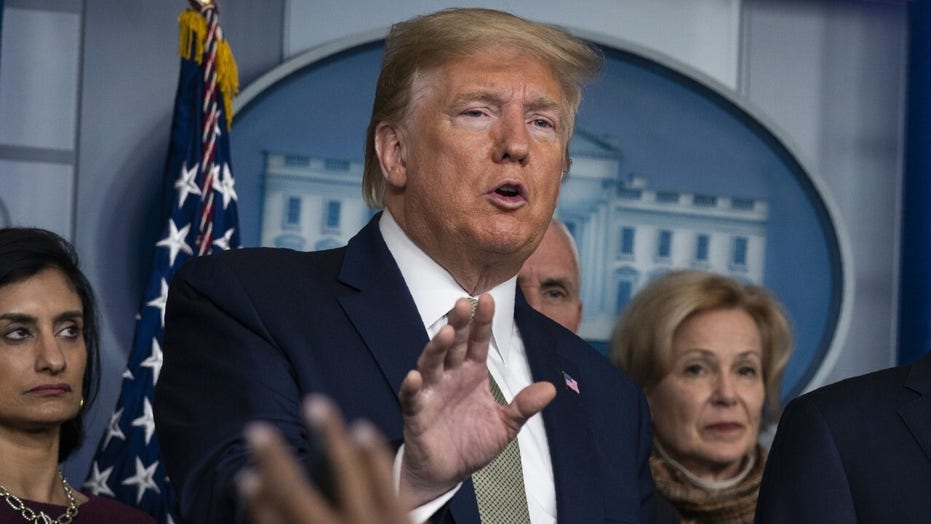 The U.S. may be turning a corner in the coronavirus crisis but you wouldn't know that from the media coverage; reaction and analysis on 'The Five.'

Longtime Democratic strategist James Carville claimed Wednesday that Republicans were so intent on maintaining power that they would literally "kill people" in order to do so.

"My kind of mission in the short-term is to sound the alarm to say [that] Mitch McConnell and the Supreme Court -- they're going to do everything they can to hold onto power," Carville said duing an appearance on MSNBC.

"This thing in Wisconsin was one of the most awful things I've ever seen in my life," Carville added, referring to the controversy over whether to postpone the Badger State's primary elections due to the coronavirus pandemic. "The extent that they will go to to hold onto power -- it was all about one Supreme Court seat in Wisconsin -- they will kill people to stay in power, literally."

Earlier in the segment, Carville predicted that Trump would emphatically lose his bid for reelection in November.

"I am totally, totally unimpressed by President Trump's political powers," he said. "I have absolutely no fear. What I do fear is what you had in Wisconsin where they try to muck with the election and stop people from voting. But if we go to post in November with anything close to a level playing field, it's going to be a Democratic wipeout. People are not going to vote for four more years of this."

Tuesday’s Wisconsin primary highlighted the choices confronting voters wishing to exercise their constitutional rights in a time of a pandemic. The conservative-learning Wisconsin Supreme Court declined to delay the election, despite a statewide order from the Democratic governor telling people to stay home and avoid crowds.

In Milwaukee, thousands of voters who did not receive an absentee ballot in time or who otherwise wanted to vote in person had to congregate at the handful of voting sites that were able to open despite staffing shortages. Some endured a two-hour wait to cast ballots in lines that stretched four or five blocks.

Carville spoke hours after Sen. Bernie Sanders, I-Vt., suspended his presidential campaign, leaving former Vice President Joe Biden as the presumptive nominee. Carville has fiercely criticized Sanders in the past but said Wednesday that he felt sorry for the Vermont senator.

"I was not a fan of Sen. Sanders' candidacy -- I was not for him," Carville told Williams. "However, every political professional, I mean, they have dreams. I mean, he ran and he and his wife had a dream ... and I kind of feel sorry for him in a way."