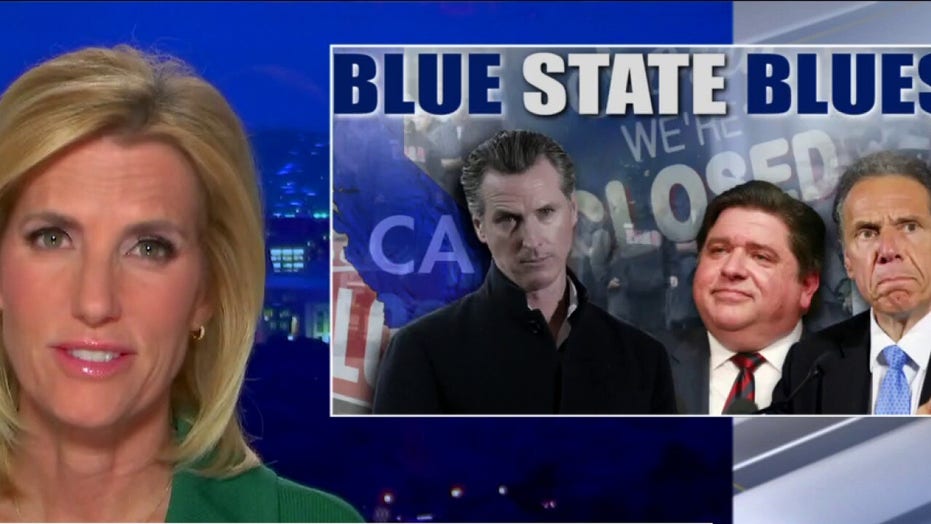 "But these brave conservatives did not wilt or cave to hysteria," Ingraham said. "They stood for common sense ... Of course, they all turned out to be right."

Statistics show three of the four states with the highest COVID death rates per 100,000 residents are Democrat-run New Jersey, New York and Rhode Island. By contrast, Ingraham said, "the pandemic is practically over in South Dakota. Herd immunity, I don't know, but it does look like there was no lockdown necessary there."

DESANTIS FIRES BACK AT PSAKI OVER 'DISINGENUOUS' VACCINE DISTRIBUTION CRITIQUE

"Naturally, shutdowns meant big job losses and huge suffering across the country. While the national unemployment rate stands at around 6.7%, the situation in California and New York [is] far worse," she continued. "Instead of common sense reopening of schools and churches, restaurants, small businesses, [California Governor [Gavin] Newsom and liberal mayors and school boards inflicted needless pain on California's economy, on schoolchildren, and religious communities. And they still have one of the worst COVID case records in the country."

Ingraham then asked her audience whether they'd prefer to live in Texas or deteriorating New York City under Mayor Bill de Blasio and Cuomo's shutdown orders.

"If you love a state whose governor focuses on attracting, not repelling, entrepreneurs and families, then you've got to head to the Lone Star State ..." she said. "For anyone who cares about staying free and having a decent quality of life, the choice is an easy one."