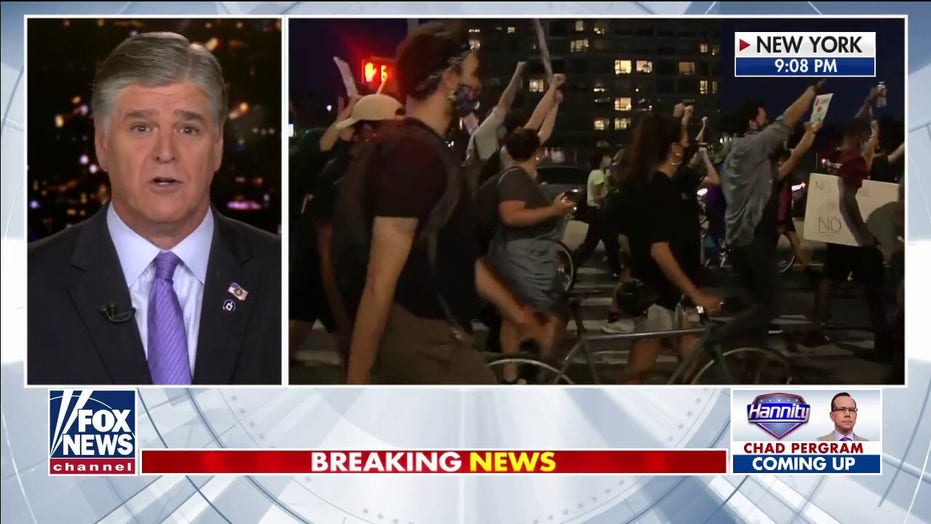 Hannity: You don't have to be a brain surgeon to see the danger of defunding police

One does not "have to be a brain surgeon" to see defunding police is an insane idea, "Hannity" host Sean Hannity stated Monday night.

Pointing to Chicago in his opening monologue, Hannity noted that Democrats and liberal policies have been unable to put an end to gun violence and protect the American citizens who are now marching in the streets.

"Chicago has been run by Democrats...for decades. What have they done to solve this problem? Where is their responsibility? What did Barack do? What did Joe do to end the violence in Chicago? What kind of systematic changes did they make when they had all the power to do so?" he questioned. "They did nothing."

Since former President Barack Obama's first term in office through the summer of 2016, there have been close to 3,500 murders in Chicago. At that point, then-Republican presidential nominee Donald Trump had made violence in Chicago a fixture of his campaign. He has since shifted his focus to the economy.

The University of Chicago Crime Lab revealed this week that on Sunday, May 31, 18 people were killed in Chicago, making it the single most violent day in the city in six decades. The lab’s data doesn’t go back further than 1961.

According to studies provided by Vox in 2019, America has six times as many firearm homicides as Canada and nearly 16 times as many as Germany. There have been more than 2,000 mass shootings since Sandy Hook and on average there is around one mass shooting for each day in America. In states with more guns, more police officers are also killed on duty and there are more firearms than people in the U.S.

That said, most gun deaths in the country are suicides.

"Why haven't these mayors and these governors protected their city and our, collective, fellow human beings because they're like living in a warzone in that city?" asked Hannity. "And, year in and year out...they do nothing."

"Innocent fellow Americans [are] dying every single week — shot every single week. In fact, nearly every single city experiencing a violent never-ending crime epidemic is usually run by Democrats and have been for year after year," he lamented.

"Now we have a cause célèbre among Democrats: defund or disband entire police departments and what? Somehow you believe that violent crime, gang activity, murders, and rapes are just not gonna happen if there's no police there? OK, you don't have to be a brain surgeon to figure out that is insane and that's not going to work," Hannity remarked. 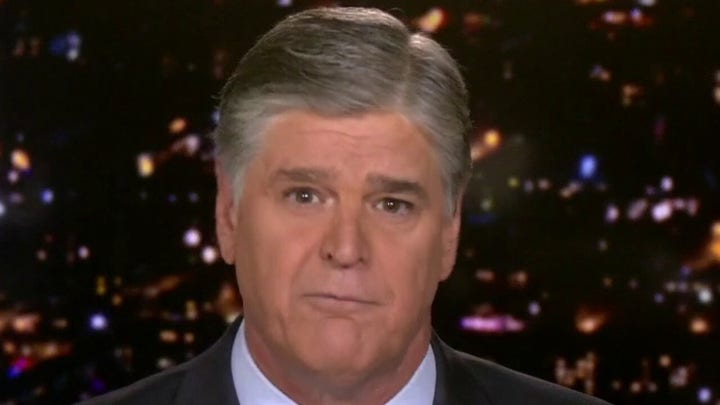 "Well, what's their plan now if there's no police? Because just today 45 suspected rioters, they were charged with federal crimes," he added. "Now, we also have this bizarre practice around the country — there's no bail. You go in, you say 'hello,' they let you out to join the anarchy again. Including the use of homemade explosives, Molotov cocktails, arson, looting, [and] other serious crimes. But, according to reports, some on the left are calling for what, unarmed psychologists to replace the police? "

The Fox News host told his viewers that other Democrat proposals, including the end of traffic stops and restorative justice, would not have the effect they are hoping for because –­ mirroring recent remarks by 2020 Democratic nominee Joe Biden –­ "there are some bad people in this world [and] you cannot negotiate with bad people."

On Sunday, a majority of the members of the Minneapolis City Council announced they support disbanding the city’s police department. Democratic Mayor Jacob Frey stood opposed and was promptly booed out of a Saturday Q&A session.

"Maybe you can try to convince them that they're wrong," he urged.