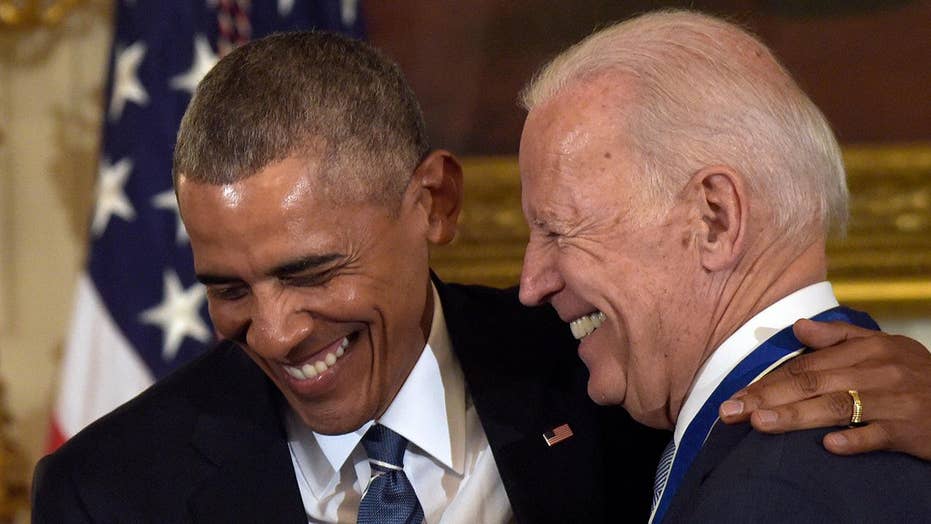 Democratic presidential candidates turn on the former president; reaction and analysis on 'The Five.'

"Every idea 10 years ago that was seen as sensible is now judged by these extreme criteria that combine intersectionality and identity politics," Gutfeld said Friday on "The Five."

"At this rate, they will be tearing down statues of Obama before they're even built," Gutfeld added. "Because that's where they're going."

Former Obama administration officials have pushed back on several Democratic candidates' apparent criticism of the 44th president's administration while some on MSNBC suggested the attacks were misguided.

"Ok. Let me get this straight. Democrats hate Obamacare AND hated his immigration policies? What planet are they from?" MSNBC host Joe Scarborough tweeted.

The host of "The Greg Gutfeld Show" questioned the logic of the attacks, saying that they only justify President Trump's points.

"They're just proving that Trump was right. These problems already existed before Trump became president," Gutfeld said. "He's only been here for three years. Immigration and health care and deficits and trade -- all this stuff was there and some of it for decades."

Gutfeld added that while candidates may be right to judge Obama negatively, the reason they are doing so is because of shifting views within the party.

"So maybe they're right to go after Obama," he said. "But the reason why they're going after him, right, is because ... they've moved the goalposts."