Radio talk show host Howie Carr says if her Native American policy is anything like her other policies, it will be a laundry list of free stuff.

Democratic presidential candidate Elizabeth Warren apologized to a group of Native Americans on Monday for her past claims of cultural heritage, saying she has "listened and I have learned.”

Speaking at the Frank LaMere Native American Presidential Forum in Sioux City, Iowa, Warren admitted to the crowd that she had “made mistakes,” but has “learned a lot” from them. The Massachusetts senator’s comments were aimed at her previous claims of Native American ancestry – a flap that has proven to be one of Warren’s biggest political liabilities during her campaign.

"Like anyone who has been honest with themselves, I know I have made mistakes," Warren said. "I am sorry for the harm I have caused."

Her past claim to tribal ancestry, which culminated in her release of a DNA analysis last year, had drawn criticism from some Native Americans and dogged her 2020 campaign in its early weeks.

The claim has also been fodder for President Trump, who has consistently harangued and criticized Warren for her public assertion. Trump frequently refers to Warren as “Pocahontas,” the famed Powhatan woman known for her involvement with the Jamestown settlement in Virginia. Democrats have accused Trump of racism over the nickname. 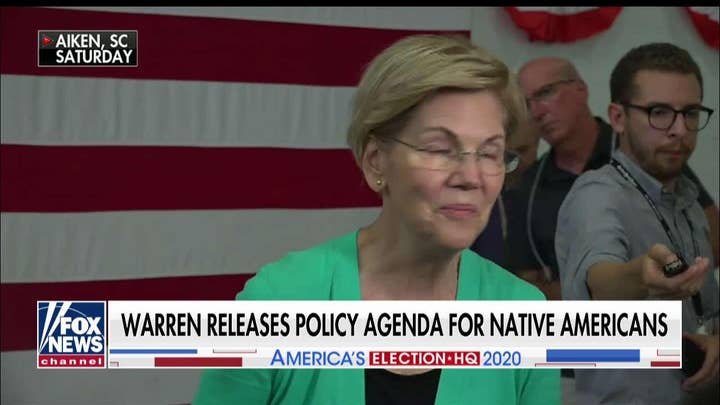 But Warren, who last week released a detailed policy agenda to help Native Americans, has since climbed in the polls. She now sits securely in second place, with 20 percent, behind former Vice President Joe Biden, according to a new poll by Fox News.

Warren’s plan, which she revealed in a post on Medium, calls for criminal justice reform on tribal lands, and specifically calls on the Department of Justice "to investigate the epidemic of sexual assaults and murders committed against Native women and prosecute offenders." It also wants to start a system comparable to the Amber Alert system for when children go missing, which would send notifications out for Native Americans.

She has also proposed major financial and physical infrastructure changes in Native American communities, including by legalizing marijuana on tribal property and improving access to electricity and clean drinking water. 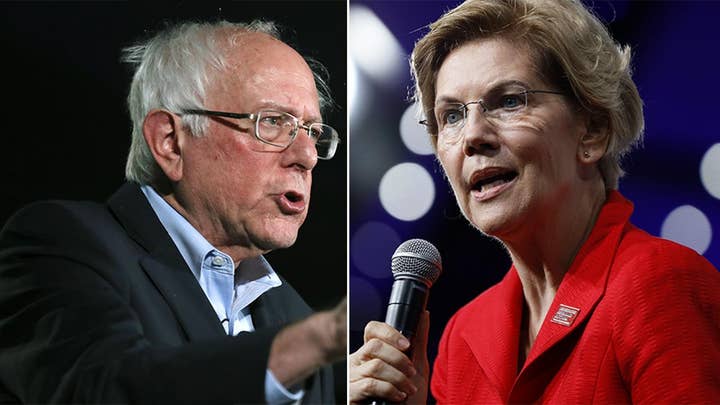 The legislation was drafted along with Rep. Deb Haaland, D-N.M., one of the first two Native American women in Congress. Haaland introduced Warren on Monday at the event in Iowa.

Warren drew a standing ovation from the audience at the kickoff of the two-day forum in Sioux City, which is drawing 10 of her White House rivals. The event promised to test Warren's ability to move beyond the flap over her discussions of her heritage, for which she had previously apologized privately to the Cherokee Nation.