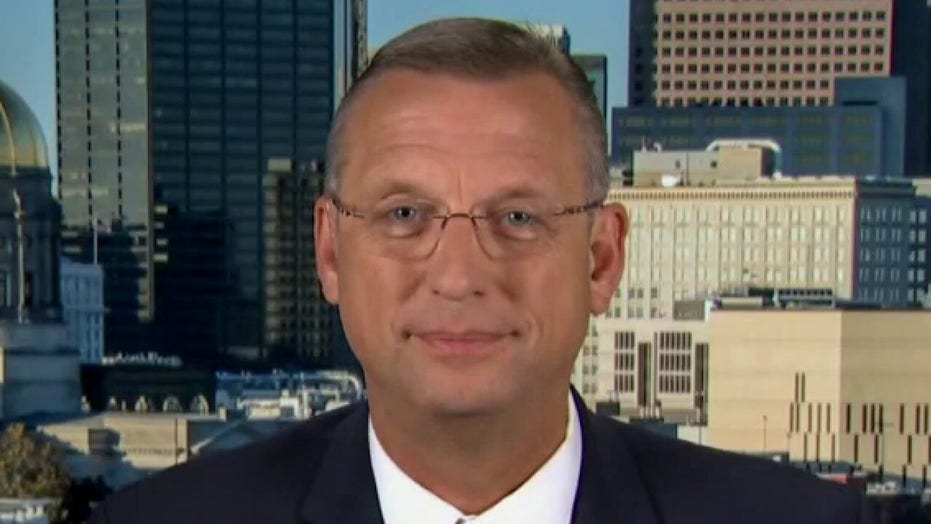 Rep. Collins on DA in Rayshard Brooks case: This isn’t about justice, it’s all politics

Appearing on "Fox & Friends Weekend" with host Pete Hegseth, Collins asserted that the Atlanta District Attorney Paul L. Howard Jr., who is facing a criminal investigation and a primary runoff to remain in office, allowed his personal issues to determine the charges against the fired officers involved in the fatal shooting of 27-year-old Rayshard Brooks.

"Paul Howard is in the middle of a reelection campaign, a runoff, he goes out and charges these officers but he does so before the investigation ... from the GBI's actually done. This is not about justice. This is about politics, about reelection, and it needs to be addressed and he needs to step aside so the attorney general can appoint an independent prosecutor to actually find justice in this case."

Brooks was shot and killed June 12 outside a Wendy’s restaurant where he’d fallen asleep in his car in the drive-thru lane. He resisted arrest after failing a field sobriety test and ultimately was seen wrestling officers to the ground and running with one of their Tasers seconds before the shooting.

Howard's decision announced last week to bring 11 charges against former officer Garrett Rolfe – including felony murder – has come as a surprise to many observers who find the charges excessive.

Responding to Collins' calls for Howard's recusal, Atlanta Attorney General Chris Carr tweeted that his "office can appoint another prosecutor if a DA disqualifies himself/herself or a court disqualifies him/her."

"I think he has disqualified himself from this perspective, if you look at it and how it went about and how these charges came about and how quickly they came about, and under the political circumstances," Collins remarked.

"What we have to have here is justice for these officers," he went on.

"They’re very concerned. Their morale is down. And when they see this consistently happening, especially in the last couple of weeks with this district attorney, it makes it hard to get up and go to work.

"When police do bad things they need to be held accountable," the lawmaker concluded,  "but they also have to have the presumption of justice and due process. And that’s not what we’re seeing right now."