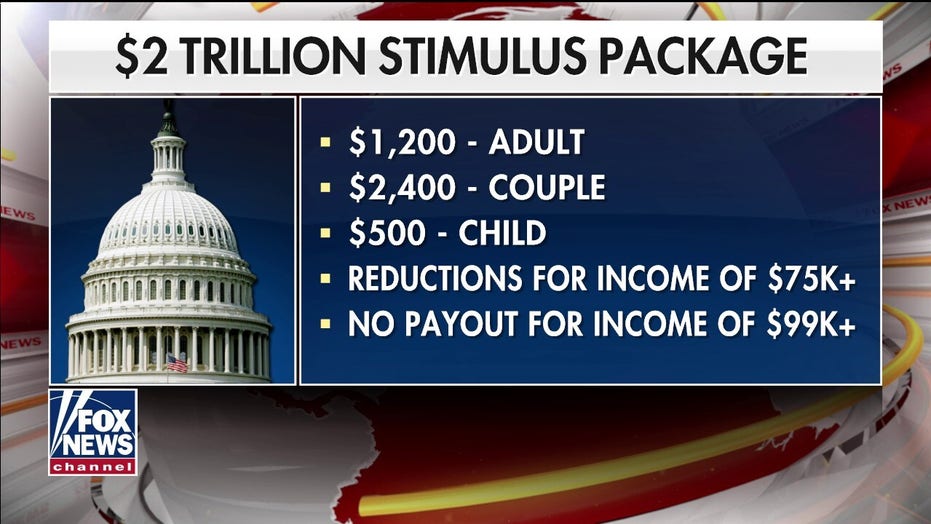 Although the Senate was able to unanimously pass a historic $2 trillion stimulus package Wednesday night, how members of the House would vote on it is being called into question amid coronavirus fears, Rep. Doug Collins, R-Ga., said Thursday.

With three members of Congress having tested positive for the virus and more than a dozen others self-quarantining, lawmakers are increasingly nervous about congregating in the Capitol to vote on the legislation.

Appearing on "Fox & Friends" with hosts Steve Doocy, Ainsley Earhardt and Brian Kilmeade, Collins said that a so-called "voice vote" on the phone is currently not allowed by House rules — but it may actually occur.

"They'll call the vote and it will be a 'yea' and 'nay' and people will actually be able to voice that vote," he said. "Now, there will be debate time. You can come and put a statement in the record."

Senate Majority Leader Mitch McConnell of Ky. gives a thumbs up as he leaves the Senate chamber on Capitol Hill in Washington, Wednesday, March 25, 2020, where a deal has been reached on a coronavirus bill.  (AP Photo/Andrew Harnik)

However, Collins said there are other potential issues at hand, like if a member calls for a recorded vote.

While House leaders like Speaker Nancy Pelosi, D-Calif., believe that the easiest option would be to pass legislation by unanimous consent, there’s always the risk of a single lawmaker derailing the vote if they show up in the chamber to object.

"Because we do not have the processes set up right now for a proxy vote or for remote voting and that's something that's been talked about a lot. Especially when you have got members, like, in New York and in other places who can't leave from where they are anyway," Collins explained.

"Again, this is going to be an interesting time over the next few hours to find out exactly how they want to do this." 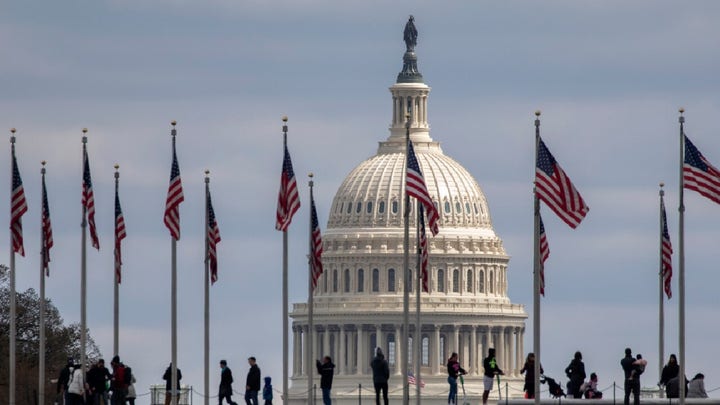 According to The Hill, the House also turned to unanimous consent during the 1918 flu pandemic, which sickened enough members that the chamber lacked a quorum. Some lawmakers have called on the Senate to scrap its planned 30-day recess so that they can approve further legislation to deal with the health crisis.

In terms of a system going forward, Collins told the "Friends" hosts that it was in discussion, but that they "better believe" it would be better than the Iowa Democratic Party's malfunctioning caucus app.

"That's one of the things we have been talking about a lot," he noted. "There are things we can do there. There is proxy voting; there [are] also some other ways that we could actually do this."

"Many of us have been talking about that," he continued. "Leader McCarthy has been very engaged in this — I know the others as well. We need to look at this as we go forward."

"My hope is, after this bill, let's take a pause and see what this is doing," he concluded.

The 880-page legislation is the largest economic relief bill in U.S. history.