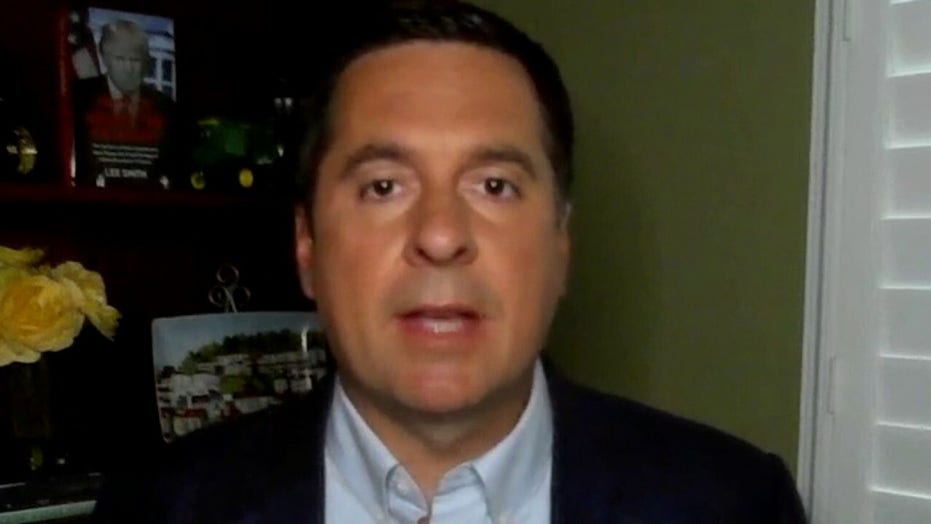 "This governor decided to declare war on open space," Nunes, R-Calif., said. "We have a lot of open space here in California even though we have 40 million people, but we have places like Yosemite National Park, the Sequoia and Kings Canyon National Park ... those have been closed."

Many local parks across the state have also been shut per Newsom's orders and turned into what Nunes called "a murder scene," taped off to block residents from entering.

"I’ve said if we can do mosh pits at grocery stores why can’t we go out and if it’s not six feet, maybe you could be 16 feet apart in a park or on a beach, maybe you can be 26 feet, maybe 106 feet. There’s got to be some point at some level that people could get on to the beaches...," Nunes said.

Newsom on Thursday ordered Orange County beaches to close until further notice, saying it was necessary to protect public health, while allowing other beaches in California to remain open with some restrictions.

His announcement came days after tens of thousands of people in Orange County packed beaches during a sunny weekend.

An original memo to the state's police chiefs indicated Newsom planned to close all beaches in the state. But on Thursday, Newsom said the order applied only to beaches in Orange County — potentially driven by a "political vendetta," Nunes said

"The worst thing the governor did ... is that he picked winners and losers," Nunes explained. "He didn’t want to get into a fight with the mayor of San Diego who's a Republican who's probably going to run against and challenge Gov. Newsom in the next election so he cowered down to the San Diego mayor... other places across the state he cowered down to, but for some reason in Orange County, it’s like he had a political vendetta against him  and I have no idea why he started this, but it just infuriates people."

Nunes added, "People are becoming infuriated seeing some people being treated differently than others, and in the meantime ... we still have problems protecting our older population in nursing homes."

On Friday, protesters flooded the city of Huntington Beach to demonstrate against Newsom's orders. Holding signs with slogans such as, “Open Cali Now,” “All Jobs are Essential” and “Surfing Not a Crime/Newsom is a Kook,” as they took to the street, the protesters — many without face masks and not practicing social distancing — backed up traffic along the Pacific Coast Highway for at least a mile.

NEWPORT BEACH MAYOR BLASTS CALIFORNIA GOV'S BEACH CLOSURE ORDER: 'THIS HAS NOTHING TO DO WITH DATA'

The protest followed a similar one in the city two weekends ago, when demonstrators called for a reopening of the state's economy after a month under Newsom’s stay-at-home order.

In an act of defiance, some residents managed to enter local parks over the weekend — but county sheriffs have agreed to look the other way, Nunes said.