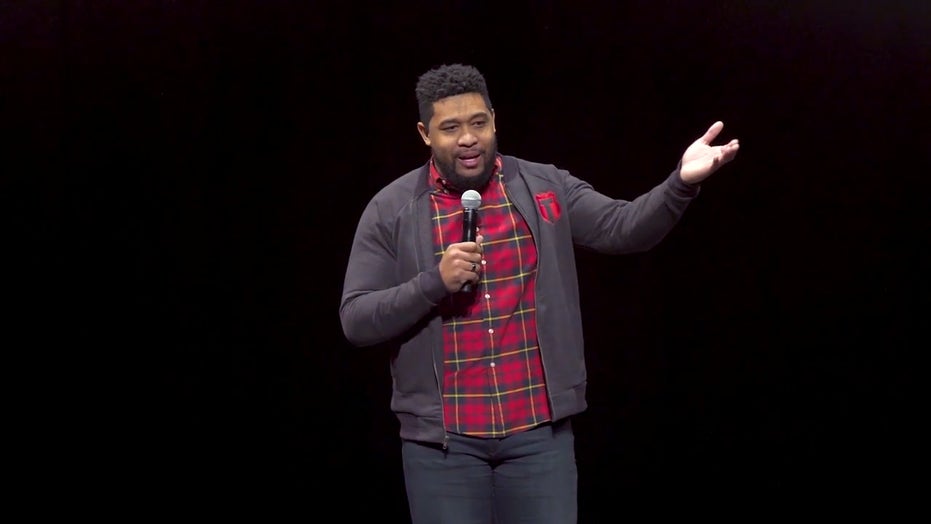 Former Tucson, Ariz., police officer and conservative activist Brandon Tatum brought the house down on "The Deplorables" comedy tour, recounting the story of the viral pro-Trump video that made him famous.

"I made a video on Facebook, never made a video before in my life. To be honest with y'all, I was actually in the restroom," he said in the show performed in Mesa, Ariz., on January 17, which is now available on Fox Nation.

"I didn't have nothing on down here. Don't tell nobody," he joked, gesturing below his waist.

Tatum explained that he used to be a Democrat until he became disillusioned with President Barack Obama over what he perceived to be anti-police rhetoric.

"At the beginning of my career, [I was] super, super Obama and then he messed up," said Tatum, who was a member of the police force for nearly seven years, serving at a SWAT team officer, field training officer and public information officer.

"Let me tell you how he messed up, how he lost it all for me," Tatum continued, "He started dragging police officers through the mud."

"The things that he said. I saw them affect me on my job, made it more dangerous, made it more of a risk, and I couldn't stand it. I said, 'You know what? I will never vote for another politician that will not stand up for the men and women with the badge," he said to the crowd's applause.

Tatum said that was his "red pill" moment when he decided to consider voting for a Republican.

After Dr. Ben Carson dropped out of the 2016 Republican presidential race, Tatum said that he decided to give Donald Trump a chance, even though he had his reservations. 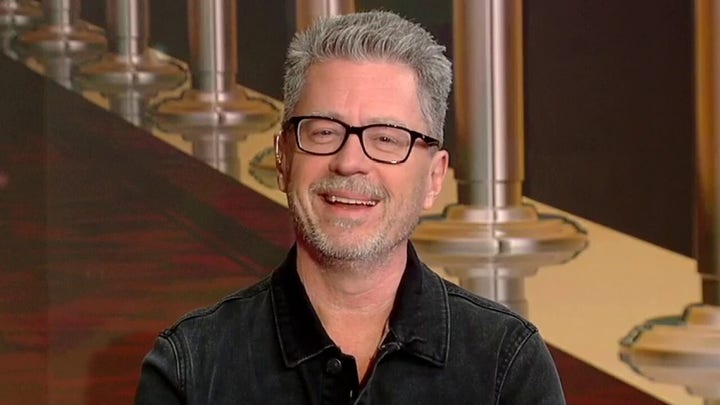 "I said, 'look, I'm going to go to the rally and I'll see what he's all about. I'll rule him out... if y'all as racist as they say that y'all are -- I'll find out," he told the audience, many of whom wore Make America Great Again hats.

When Tatum arrived at the Trump rally in Tucson, he said he was shocked -- not by the candidate and his supporters, but by the anti-Trump protesters outside the event.

"I went there and my mind was blown," said Tatum. "All of these liberals were out of control. I was a racist. I hate my own people, white supremacist, white nationalist, I mean, they called me everything."

"But everybody in there," he observed, "like y'all were peaceful, respectful, loving. We were united."

Afterward, Tatum documented his reaction in a video and the response was overwhelming.

COMEDIAN FIRES BACK AT BRAD PITT OVER JAB AT PRESIDENT TRUMP

"I thought a hundred people are going to see it -- all of my friends," he joked. "That thing had millions [of views] and I was like, 'Oh, God, I'm getting fired. They gonna fire me.'"

Tatum is joined on "The Deplorables" tour by Fox Nation host Tomi Lahren, comedian Terrence K. Williams and others, including Turning Point USA's Benny Johnson, who had this to say about free speech in America.

"As conservatives, we're the only people that are legally still allowed to have a damn sense of humor in this country," he joked. "I just ridiculed left and right, ridiculed our politicians, powerful people in our country. That is the First Amendment in action. That's what makes this country so damn awesome."

To watch all of "The Deplorables" tour show, go to Fox Nation and sign up today.