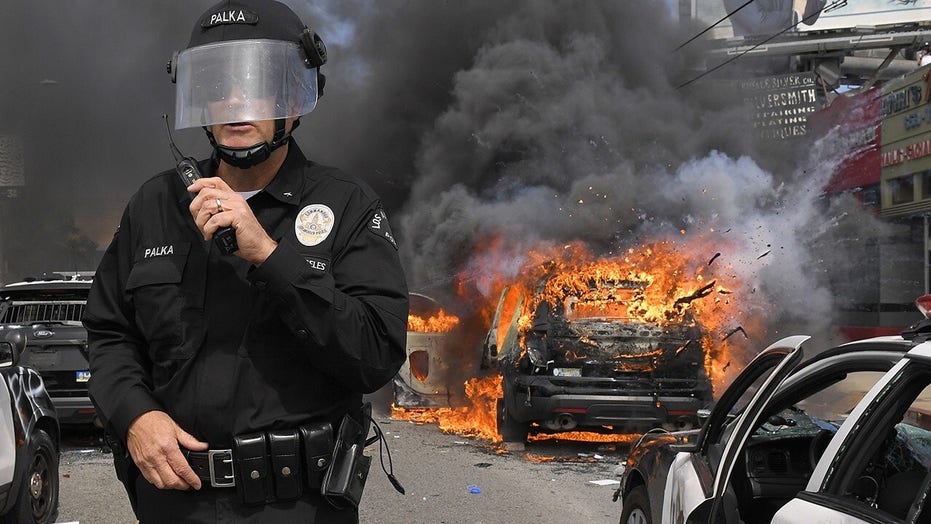 Growing calls to defund police departments sparked by the nationwide protests against the death of George Floyd and police brutality are "stupid" and pushed by Hollywood elitists working in tandem with the Black Lives Matter movement, Fox Nation host David Webb said Thursday.

In an interview on "Fox & Friends" with host Brian Kilmeade, Webb said that he agreed with the outcry about both Floyd's death and police violence, but also knows that the country needs law and order to bring justice for those wronged.

As large-scale peaceful rallies have marched through city streets mostly unhindered, confrontations with police have often devolved into chaos and violence overnight, when rioters and looters come out from the shadows and protesters defy curfew orders.

On Wednesday evening, amid a torrential thunderstorm, two New York Police Department officers were shot and one was stabbed in the neck.

"We need law and order in this country. We need a structure that works," he emphatically stated.

"I hear the cries. I agree with the cries against police brutality. We all do. Americans [are] united on that," Webb asserted. "But, these Hollywood elites are just that. As a matter of fact, they are dangerous because others may think that what they suggest or say actually makes sense." 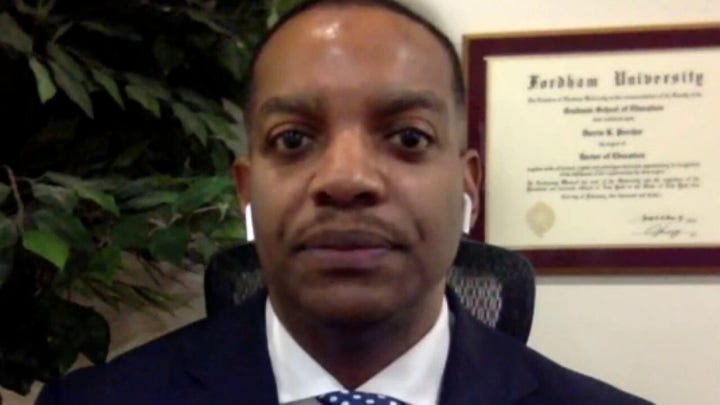 "So, let's remove the police and use the example from Lubbock, Texas, where an armed man shows up with a long gun with the looters saying he is going to take out any MAGA supporters. The police and the law enforcement officials stepped in on that one. He is under arrest with federal charges," he told Kilmeade. "If the police and law enforcement are not there, who takes him on? Do you think he is going to fire into the crowd selectively or indiscriminately? This is ridiculous."

Webb explained that Black Lives Matter, "a dangerous farce," is to blame for anti-police rhetoric and the deaths of those officers lost.

"There are dead cops in New York. There are injured cops all around this country because of Black Lives Matter, and that has taken us to where we are today," he added. "And, anyone pushing for that – again, to the American people, these are dangerous elitists who live in their bordered walls and homes where they don't have to deal with the things in society that you do."

"We need an honest conversation in this country," Webb concluded.