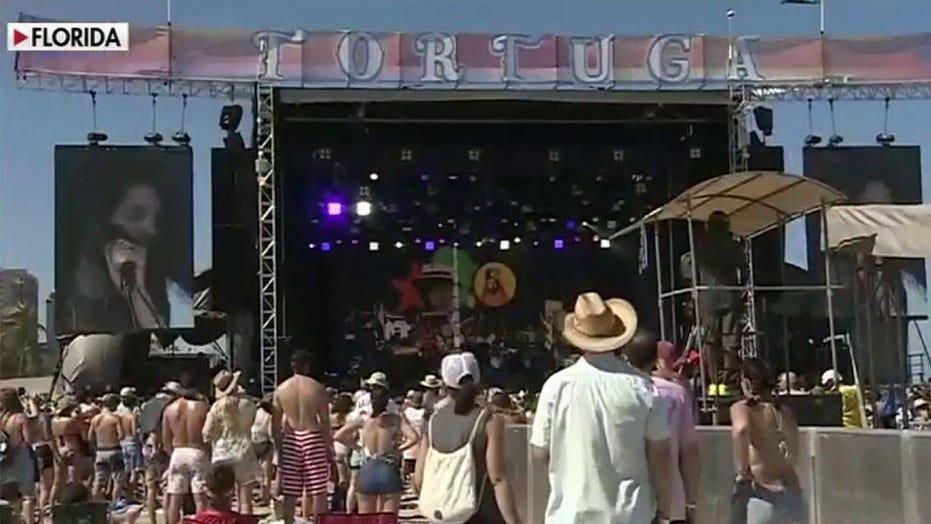 Florida limits beach gatherings; reaction and analysis on 'The Five.'

"The Five" hosts called out college students on spring break Tuesday for disregarding public health advice to practice social distancing after many were spotted soaking up the sun on the beach as the country undertakes a nationwide effort to combat the spread of the coronavirus.

"They're not helping mitigating the spread of the disease, because you can be an asymptomatic carrier or a mild carrier, [and] having those large groups together, they are continuing to spread this illness ... putting our more vulnerable populations at risk," guest host Dr. Nicole Saphier said.

"They need to take responsibility, This will not just take an individual municipality or state, it will take our entire nation to work together to get us past this."

Earlier Tuesday, Florida Gov. Ron DeSantis said all bars and nightclubs in Florida will be closed for the next 30 days starting at 5 p.m. Tuesday after college students were spotted vacationing on beaches in his state.

"I don't think we should be surprised that young people engage in high-risk activity. At that age, young people don't understand the effects of dumb behavior or their mortality ... and they do really stupid things," Greg Gutfeld said.

"Now, you want them to see how their behavior affects others, and if they can't understand that, then they're not worth talking to. It's no longer about them,"  he added.

On Monday, Dr. Deborah Birx, who serves as the coordinator of the White House coronavirus task force, declared millennials "the core group that will stop the virus," during a press conference at the White House.

Other public health officials have emphasized that while many young people do not experience symptoms, they put other vulnerable populations -- such as the elderly and those with underlying medical conditions, at great risk of contracting the virus.

When Dr. Saphier explained that younger generations tend to respond better to "negative reinforcement," co-host Dana Perino suggested a bold "punishment" for those students endangering the lives of other Americans.

"As future employers of these people, [if] you find out that any of these people you think you might hire went to spring break, or went to the bar, or disregarded public health officials, I wouldn't hire them," Perino said.

"If they posted on social media, believe me, I will find it and you will not get hired."

"That's a kind of punishment they will listen to," she added.

Jesse Watters, a self-proclaimed "spring break veteran" urged students to heed calls for public safety out of respect for their "parents and grandparents."

"Out of respect... for your parents and your grandparents... don't do it."

"These kids are young, they're dumb, they don't understand consequences ... their hormones are raging and they are very selfish people," Watters said.

"Out of respect, young college students, for your parents and your grandparents who are paying your college tuition to go to spring break and cut loose, don't do it."