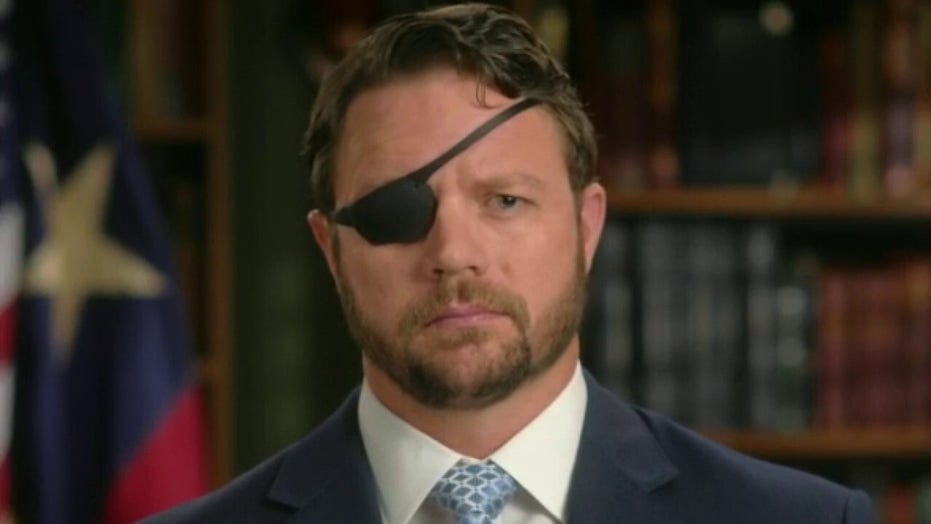 Rep. Crenshaw on calls to defund police: It's hard to imagine a worse way to help communities of color

Texas Republican Rep. Dan Crenshaw says America's communities will be hurt instead of helped by efforts to defund law enforcement.

In an interview on "Fox & Friends" with host Steve Doocy, Crenshaw pointed out that the call for dismantling and defunding police is now more than just an "undercurrent" or "fringe opinion."

"It's happening across major cities. Bill de Blasio has talked about doing it in New York City. The mayor of Los Angeles has done the same -- talking about defunding the police and actually taking action to defund the police. We all know what happened in Minneapolis recently where a veto-proof majority voted to dismantle and defund the police," he explained.

In this Saturday, May 30, 2020, photo, Lt. Zack James of the Camden County Metro Police Department marches along with demonstrators in Camden, N.J., to protest the death of George Floyd in Minneapolis. Police officers in one of New Jersey's largest and most violent cities were praised on social media for marching alongside protesters in rallies held this weekend over Floyd's death. (April Saul via AP)

"So, it's hard to imagine a worse way to help the communities of color that you're seeking to help," Crenshaw said.

Crenshaw told Doocy that a neighborhood needs safety to "thrive" and that there are "no examples of a community becoming safer with less policing."

He added that while some may highlight Camden, N.J. -- a city of about 74,000 just outside of Philadelphia -- as a shining example of what other communities could imitate, the city ended up increasing the number of officers on the street. Even so, that was only after crime and police corruption had become so intolerable the city voted to disband the department.

Seven years following the move, Camden's crime rate has dropped by close to half and the law enforcement there has implemented a more "community-oriented" approach to protecting and serving. 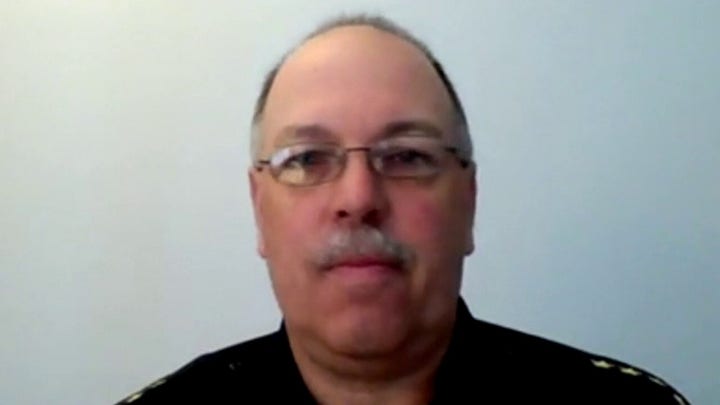 According to Crenshaw, however, most data shows defunding police begets crime that will hurt communities of color the most.

"That has been borne out in every single piece of data and every single piece of evidence and over the last few years where violent crime and crime in general has gone up across major cities,"  he argued. "And, that is a result of police having to pull back. And so, it's the exact opposite outcome that we want if we're trying to help the people that we're claiming to help."

Crenshaw believes the nation needs good policing, and there are bipartisan reforms that can be passed.

"Now we need good policing and [there are] smart ways to do that and I think Democrats and Republicans can work on those ways," he said. "Even the bill that was proposed by Democrats – it has some problems but [there are] certainly elements in there that we can all agree upon and that we should agree upon and get going."