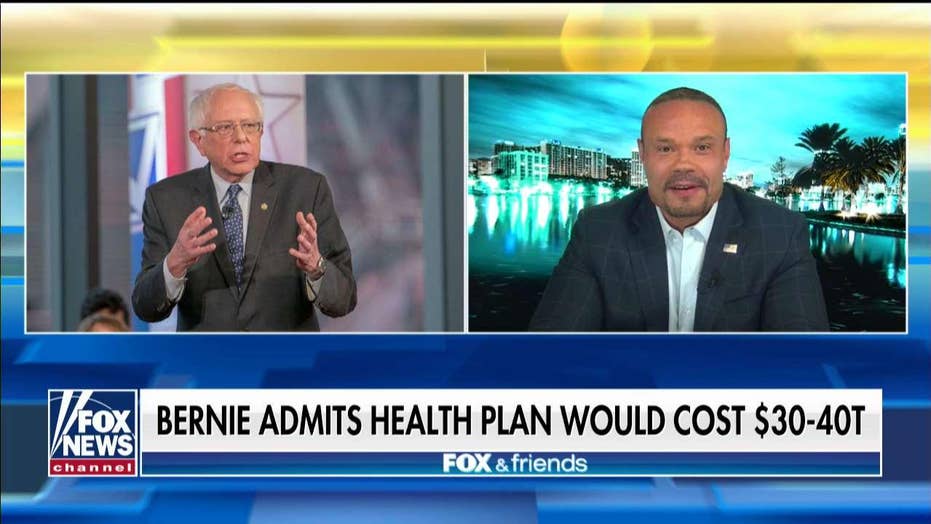 Bongino responded with laughter on "Fox & Friends," accusing the Democratic senator from Vermont of believing in the "money fairy" for proposing a "Medicare-for-all" plan that he estimates will cost up to $40 trillion over a 10-year period.

"We're talking about a guy who can't do first-grade-level math and Donald Trump is an idiot?" Bongino asked, later questioning what jobs Sanders has held outside of politics.

BERNIE SANDERS: TRUMP IS NOT TO BLAME FOR EL PASO SHOOTING, BUT RHETORIC 'CREATES CLIMATE' FOR IT 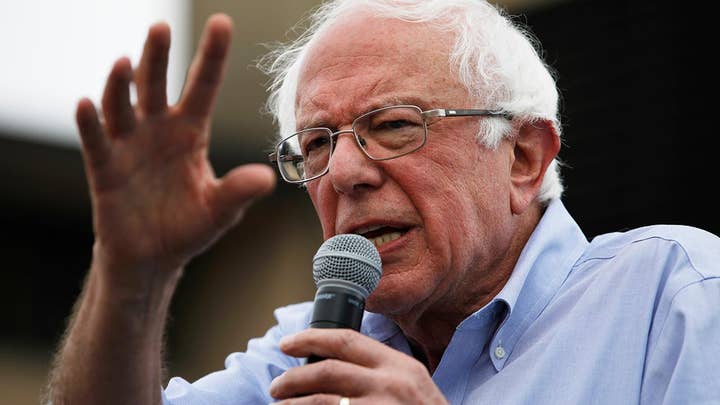 It's unclear what prompted Sanders to tweet about Trump and climate change while campaigning Saturday in Iowa.

The tweet earned a reply from Rep. Rashida Tlaib, D-Mich., who called Trump "a danger to our democracy and our country's future."

Bongino argued Sanders and others on the left show hypocrisy on the issue of climate change by using private jets to travel.

"He is the biggest fake I've ever seen in politics and I can't believe people are getting suckered by this guy every day," he added.

Sanders, a socialist, reportedly spent nearly $300,000 on private air travel last October so he could speak to audiences in nine battleground states prior to November's midterm elections. During the 2016 election, Sanders spent $5.2 million on private jet services in a six-month period, from the end of 2015 to mid-2016.

Bongino also pointed out that Sanders is a millionaire who owns three houses, including a $575,000 four-bedroom lake-front home in his home state, though he often rails against the wealthy. He argued that Sanders often fails to explain how his far-left proposals would be funded.

"He believes in the money fairy. ... It's never his money. ... He only rails against billionaires now, and you know why? Because he's a millionaire," said Bongino.