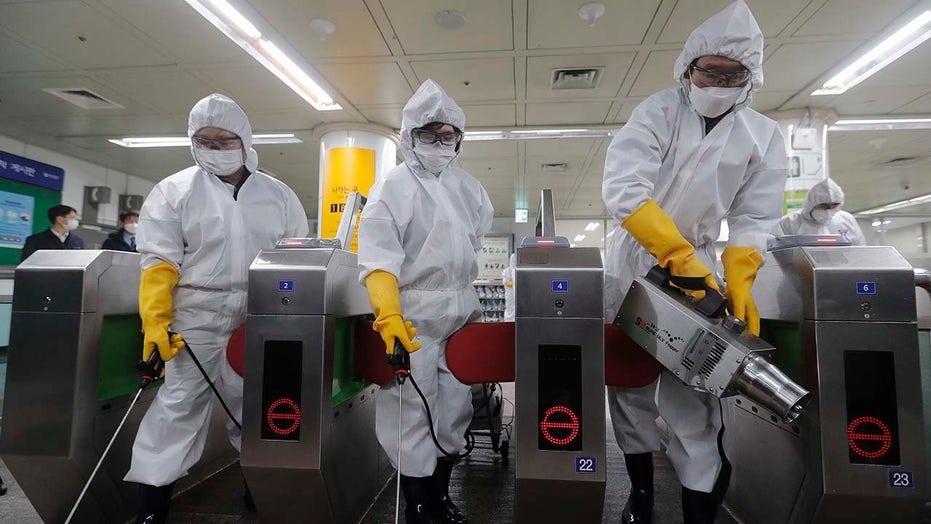 Fox News medical correspondent Dr. Marc Seigel criticized the World Health Organization (WHO) as “a bunch of alarmists” Friday for raising their assessment of the global coronavirus risk from “high” to “very high.”

A “very high” global risk assessment is the most serious assessment in the WHO's new four-stage alert system. The head of the organization, Dr. Tedros Adhanom, cited the "continued increase in the number of cases and the number of affected countries" in raising the risk level.

“They always overstate the problem and they always make it seem like the world is going to end,” Seigel told “The Five," noting that the WHO is part of the United Nations.

CDC DIRECTOR SAYS CORONAVIRUS THREAT IN US REMAINS LOW, BUT WARNS THERE WILL BE NEW CASES

"As a matter of fact, one of their main people, who's in charge of communicable diseases, was a Chinese health official for over 20 years," added Siegel, referring to Dr. Ren Minghui, the organization's assistant director-general for universal health coverage. "So he has a certain vested interest and there is a lot of power coming out of China influencing the WHO, in my opinion, and they haven't really risen up in this situation.

"They're useful, but I think they’ve been alarmist,” Seigel went on.

By contrast, Siegel said, the Centers for Disease Control and Prevention (CDC) "hasn't been alarmist until suddenly this week, when they announced 'it's not a matter of if, but when,' and they suddenly got alarmist.

CDC Director Robert Redfield told the House Foreign Affairs Subcommittee on Asia and the Pacific Wednesday that the risk of contracting the coronavirus in the United States remains low, but warned that the country will most likely see more cases as the outbreak spreads globally.

Redfield added that the federal government was doing everything in its power to prevent the spread of the virus, but he warned that more steps may be taken to battle the outbreak – noting that quarantines and travel restrictions could still be implemented.