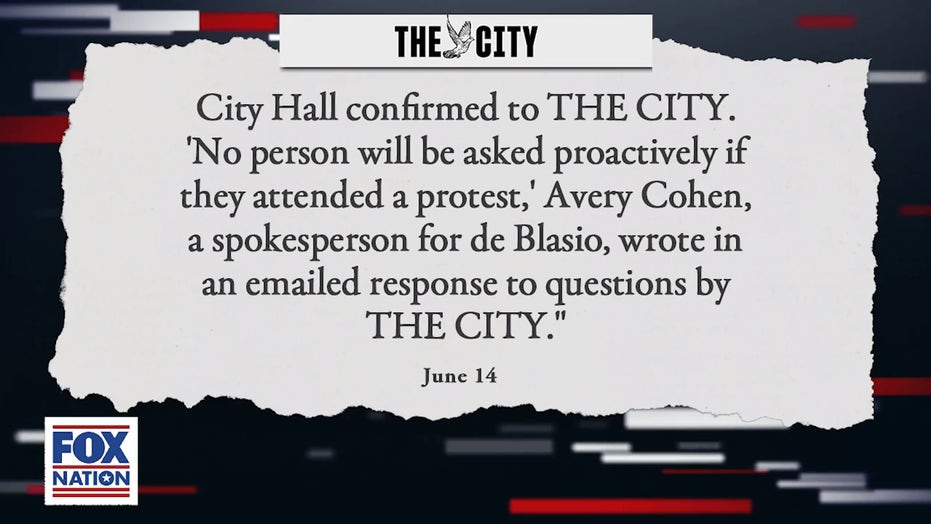 "This is not a condemnation of social distancing efforts when you can and wearing a mask if you want to, etc.," said Bruce on Fox Nation's "Get Tammy Bruce."  "What it tells us is what the government's agenda has been, not what they say it has been."

Bruce made these remarks on Thursday following a report revealing that a New York City "contract tracing" program to monitor the spread of coronavirus will not ask people if they have participated in any of the protests following the death of George Floyd.

"No person will be asked proactively if they attended a protest," Avery Cohen, a spokesperson for de Blasio, told THE CITY, which was the first media outlet to report on the directive.

Cohen added that if individuals choose to "proactively offer that information, there is an opportunity for them to do so."

"That makes a mockery of this entire approach," said Bruce in reaction to the policy. "What it does do is that it keeps people from knowing if there is a spike because of the demonstrations."

Bruce noted that the program's self-imposed limitations also prevent public health officials from proving whether or not mass gatherings did contribute to the spread of coronavirus. 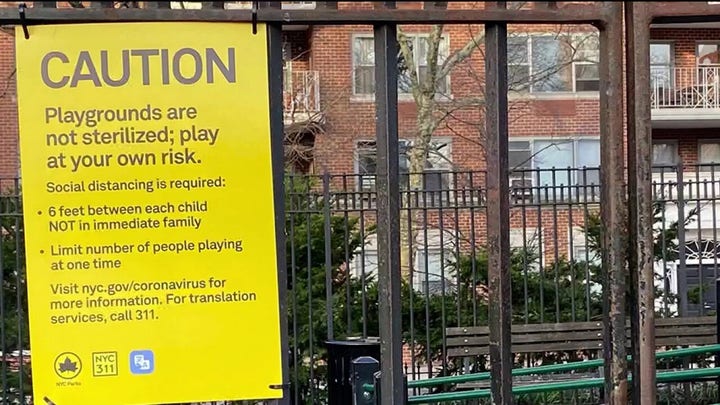 "Remember, the argument from the government is that large gatherings, if you're out there and not social distancing, is going to create a problem," she continued. "Wouldn't it be interesting, in fact, if there isn't a spike because of the demonstrations."

De Blasio ordered the New York Police Department to break up assemblies of other groups under the pretense of a threat to public health.

Earlier this week in Brooklyn, local lawmakers cut the locks off the gate at Dome Playground in Borough Park, which had been shuttered by the de Blasio administration.

In April, de Blasio said that a gathering of hundreds of Hasidic residents at the funeral of a rabbi was "absolutely unacceptable" and he directed police to "arrest those who gather in large groups."

However, in May, de Blasio supported the rights of protesters, who marched in New York City in direct violation of the city's lockdown rules.

Bruce predicted that the left's apparent concern for individual privacy will not extend to those who plan to attend a campaign rally for President Donald Trump in Tulsa on Saturday.

"Now, I can guarantee you that... these contact tracers in the left are going to demand that the Trump rally be followed up with questions specifically about [the potential spread of coronavirus].

"It really does tell us that politics is informing these decisions from liberal governors and mayors, but in general, a system that seems to still want to control what you do," Bruce concluded.

For Bruce's full remarks join Fox Nation and watch "Get Tammy Bruce" today.  And to ask Bruce a question that she may answer on her show, write to her on Twitter and Instagram at @HeyTammyBruce.