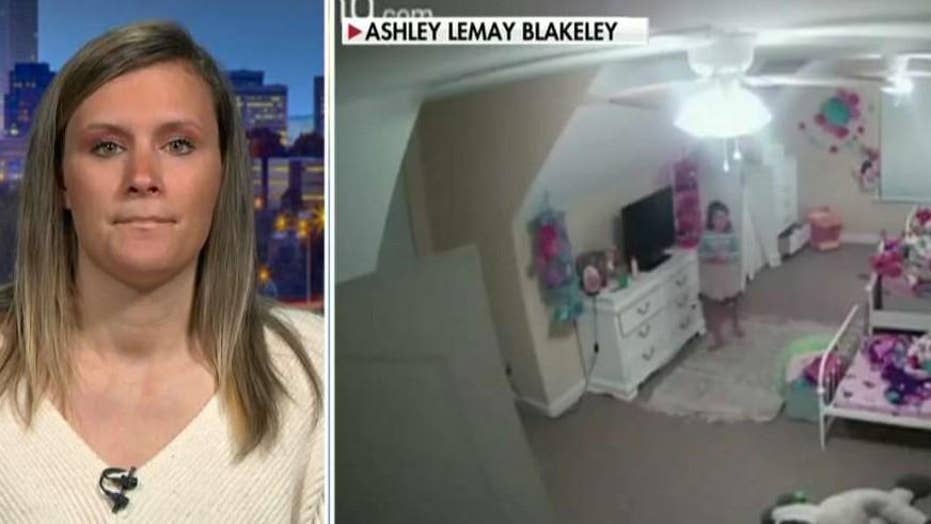 Mississippi family warns others that their surveillance cameras could be compromised; Ring says the company is investigating the incident and that security was not breached.

A Mississippi mom is warning parents everywhere after someone hacked her Ring surveillance cameras in her daughter’s bedroom and talked to her.

In an appearance on "Fox & Friends: Weekend" with host Rachel-Campos-Duffy, Ashley LeMay, who works overnight shifts as a nurse, urged the security company to have "more of a response because this is...happening to people all over."

HACKER USED SECURITY CAMERA TO TALK TO MISSISSIPPI, 8, IN HER BEDROOM, FAMILY WARNS

Just four days after the Ring system was installed, LeMay's 8-year-old daughter Alyssa said she heard loud banging noises coming from her room. When she went to find the source of the noise, she heard someone's voice greeting her before playing the song, “Tiptoe Through the Tulips.”

“Who is that?” Alyssa asks in a video of the encounter.

The hacker can be heard telling her he’s “Santa Claus,” and encourages her to mess up her room and break her TV. The girl then shouts for her mother.

“I’m Santa Claus,” the hacker says. “Don’t you want to be my best friend?”

“I don’t know who you are,” the girl says before leaving the room.

Similar hacking incidents involving Ring security cameras have been reported in Georgia, Florida, Texas, and most recently in Nebraska when a hacker attempted to talk to a young girl and her father in their kitchen.

In a statement responding to LeMay's incident, Ring said that "while [they] are still investigating this issue, [they] are able to confirm this incident is in no way related to a breach or compromise of Ring's security."

In addition, they had previously written that when users use the same username and password on multiple services, "it's possible for bad actors to gain access to many accounts."

LeMay said she didn't have a weak password, but that even if she did it "shouldn't be that easy to get in with a security company that has a name like Ring."

"Let me ask you this," said Campos-Duffy. "You had the camera in your daughter's bedroom. Is that something, now that this incident has happened, that you are [thinking]: 'you know what? Maybe parents should rethink the idea of having the camera in the bedroom?'"

"Yeah, it's terrifying to me," said LeMay. "I have a daughter with a medical condition, so I really wish that I could...even still have the camera. You know, I wish I could feel sure enough to do that..."

LeMay's advice? If you have one in your child's bedroom and they're not asleep, unplug or turn your camera around unless you absolutely have to have it on.

"Because you just never know. I only had these for four days," she said.