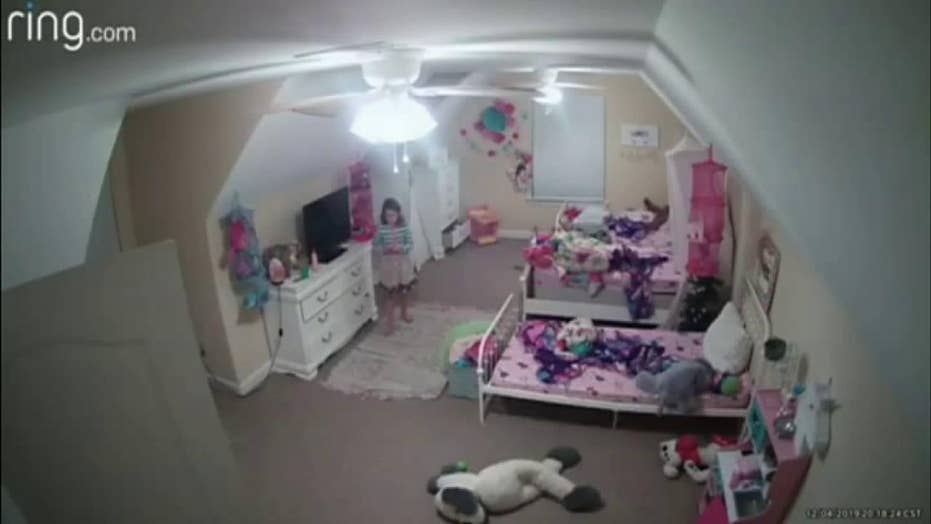 Ashlee LeMay Blakeley shares video of a man claiming to be Santa Claus talking to her daughter through the family's Ring camera.

A Mississippi mother says someone hacked the Ring security camera in her daughter’s bedroom and talked to her.

Ashley LeMay, who works overnight shifts as a nurse, said she had the camera installed in her daughter's bedroom so she could keep an eye on her, Memphis’ WMC-TV reported.

“I did a lot of research on these before I got them,” LeMay told the station. “You know, I really felt like it was safe.”

A Mississippi family says a hacker taunted their daughter through a security camera.  (Ashlee LeMay Blakeley)

Four days after it was installed, Lemay’s 8-year-old daughter Alyssa said she heard loud banging noises coming from her room. When she went to find the source of the noise, she heard someone's voice greeting her before playing the song, “Tiptoe Through the Tulips.”

“Who is that?” Alyssa asks in a video of the encounter.

The hacker can be heard telling her he’s “Santa Claus,” and encourages her to mess up her room and break her TV. The girl then shouts for her mother.

“I’m Santa Claus,” the hacker says. “Don’t you want to be my best friend?”

“I don’t know who you are,” the girl says before leaving the room. Alyssa later said she was scared to enter her room for a few days.

Similar hacking incidents involving Ring security cameras have been reported in Georgia, Florida and Texas. In response to these, the company issued a statement acknowledging that they “take the security of our devices seriously.”

“While we are still investigating this issue and are taking appropriate steps to protect our devices based on our investigation, we are able to confirm this incident is in no way related to a breach or compromise of Ring’s security," the company said.

Ring blamed the hacking of its devices on “bad actors” who take advantage of clients who “use the same username and password for their various accounts and subscriptions.”