CNN is under fire for publishing an anonymously sourced "scoop" that the Biden administration will have to "build everything from scratch" because there was no Trump plan to distribute coronavirus vaccines, when reality tells a far different story.

A CNN producer pushed the story from reporter MJ Lee as a "great SCOOP" on "how bad this situation is with vaccine distribution." The story quoted anonymous figures with knowledge of the administration's COVID-related work as saying there was "nothing for us to rework" and there was no plan at all: "just further affirmation of complete incompetence."

MEDIA FAWNS OVER BIDEN THROUGHOUT INAUGURATION DAY: 'BOY, DID THEY LAY IT ON THICK'

Politico editor Sam Stein said the assertions in the story were "not true," as a distribution plan was part of the Trump administration's Operation Warp Speed.

"Biden folks are spinning here or trying to lower the bar strategically," he tweeted. "There was, indeed, a plan from Trump. I listened in on govs calls on vaccine distribution. The plan had obvious shortcomings. but to say there’s nothing to rework is not true."

The Washington Post's Dan Diamond linked to the piece and called it an apparent "gambit to lower expectations," noting that Trump, while "dangerous" on his response to coronavirus, had set up a system that's distributed 36 million doses to the states.

CNN also reported, "The Biden administration has promised to try to turn the Covid-19 pandemic around and drastically speed up the pace of vaccinating Americans against the virus."

Biden has called for vaccinating 100 million Americans in the first 100 days of his administration, which would be one million per day. Bloomberg Business data indicates that rate had already been reached as Trump left office.

"Either the situation on the ground is better than team Biden acknowledges, or Biden's target is less ambitious than it seems," Diamond wrote.

Other critics called the story an example of CNN framing a favorable narrative for the new White House.

"This is a very weird story to base entirely on anonymous sources," Andrew Egger of the conservative Dispatch wrote. "Of course Team Biden is going to favor a narrative that Team Trump did none of the vaccine distribution legwork."

"This is a lie," the Washington Examiner's Becket Adams tweeted. "CNN is allowing itself to be used as a PR shop to spin events in Biden's favor."

"Why is CNN granting anonymity to whoever gave them these quotes?" Fox News contributor Ari Fleischer asked. "The Trump Admin is gone. No one will lose their job. The info is not classified. If the media wants more credibility, make these sources go on the record." 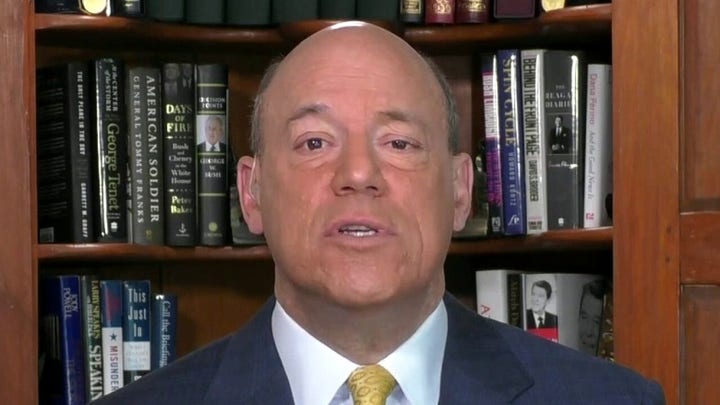 National Affairs founding editor Yuval Levin criticized the posturing by the Biden administration and also noted the pace of vaccinations already underway was near one million per day. Biden may be following in the wake of a "terribly incompetent" president, Levin wrote, but he said this "spin just won't cut it."

"This is presumably another public-relations tactic, meant to lower expectations and let the new administration achieve a not-so-ambitious target that it describes as very ambitious ... They are very far from starting from scratch, and they, along with state officials and countless others around the country, have a lot to work with toward doing better. Let’s recognize the silly early-days kabuki for what it is, and get serious about that work," he wrote.

Mainstream media outlets were previously criticized for their highly positive reaction to Biden's inauguration Wednesday, with even Politico and Washington Post columnists admonishing the press to tone it down.

Biden continued to criticize the vaccine distribution to date from the White House on Thursday, calling it a dismal failure. He grew frustrated with a reporter who wondered if he should set his sights higher on the vaccination rate.