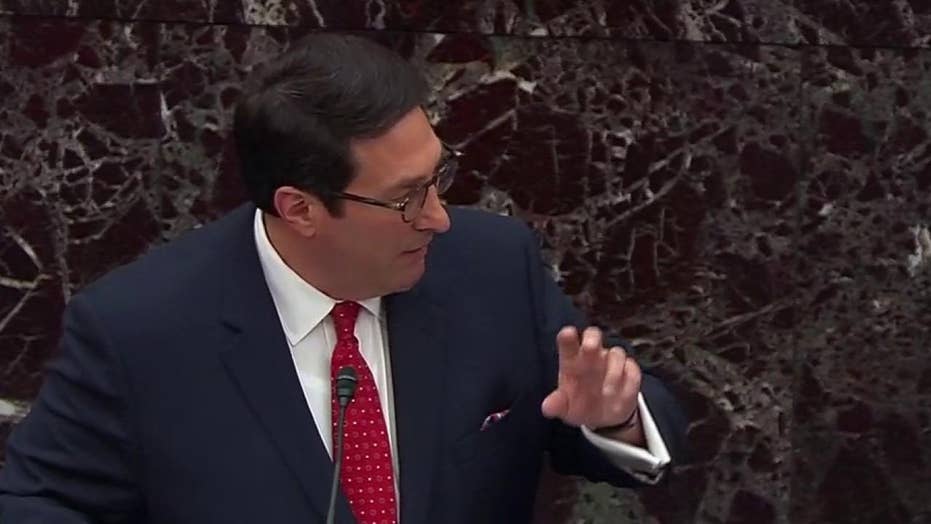 Sekulow: We intend to show overwhelming evidence that the President did nothing wrong

"White House and white people," Toobin said. "This is a lesson in the diversity of the two parties -- I mean you look at the House managers. It was almost evenly divided between men and women. You had two African-Americans, you had a Hispanic."

"It was all white men today, there are allegedly two white women on the team -- we'll see if they're allowed to argue," he continued. "But I think, you know, in a visual medium, when you have one side that has a very diverse team and the other side that's all white men, that says something in and of itself."

This wasn't the first time CNN made racially-tinged comments. CNN anchor Anderson Cooper previously said it was "exciting" that white people will no longer represent the majority in the country.

CNN'S ANDERSON COOPER: IT'S 'EXCITING' THAT WHITES WILL NO LONGER REPRESENT NATION'S 'MAJORITY'

"The idea that, you know, whites will not be the majority, I mean, that's -- it's an exciting transformation of the country, it's an exciting evolution and you know, progress of our country in many different ways," he had said in August.

Toobin's comments came as White House lawyers defended President Trump in the ongoing Senate impeachment trial. They argued that Democrats were trying to interfere in elections by seeking to remove Trump from the 2020 ballot for doing “absolutely nothing wrong.”