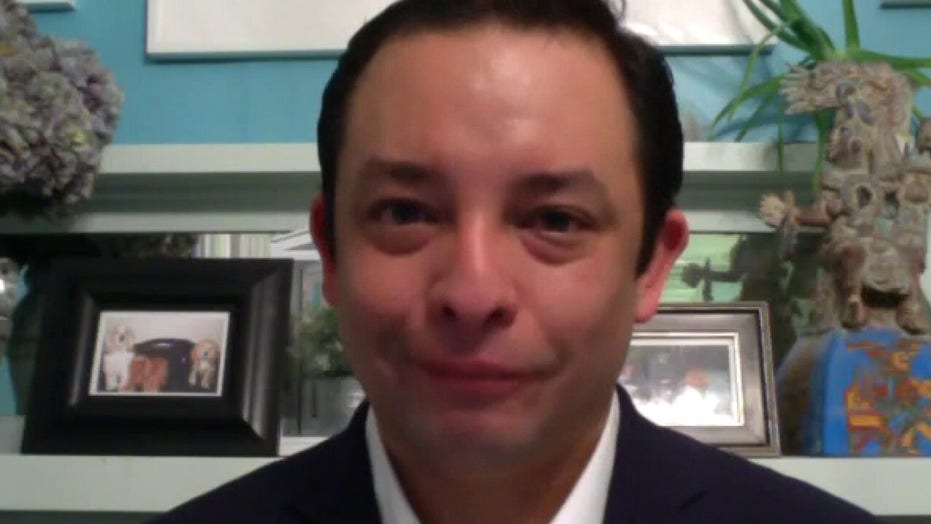 Chicago Alderman Raymond Lopez told "The Ingraham Angle" in an exclusive interview Tuesday that he was "basically pleading for help" from Mayor Lori Lightfoot during a May 31 conference call to discuss the rioting and looting that gripped the city following the death of George Floyd.

"It's really unfortunate for the people that we both represent to not be able to work together," Lopez told Ingraham, "especially during one of the most horrific times in our city's history when -- quite literally -- people were ... creating organized chaos in our neighborhoods."

DISTRAUGHT CHICAGO OFFICIALS HEARD ON TAPE FUMING OVER LOOTING, RIOTS: 'MY WARD IS A S---SHOW'

Lopez told Ingraham that his pleas were "not only falling on deaf ears, it was outright dismissed."

During the call, audio of which was obtained by WTTW-TV, Lopez told Lightfoot: "Half our neighborhoods are already obliterated ... we have to come up with a better plan because my fear is once they are done looting and rioting and whatever is going to happen tonight, God help us, what happens when they start going after residents?

"You got them all pumped today," Lopez told the mayor. "They're not going to go to bed at 8:00, I have got gang bangers with AK-47s walking around right now waiting to settle some scores ..."

"I think you're 100 percent full of s---, is what I think," Lightfoot responded. "If you think we were not ready and we stood by and let the neighborhood go up, there is nothing intelligent that I can say to you... I understand that you want to preen."

Also Tuesday, Lopez told Ingraham there are more constructive ways to fight systemic problems in places like Chicago than a blanket "defunding" of the police.

The official added that a lot of the "pent-up anger" in the city stems from being locked down by Illinois' coronavirus restrictions as well as the death of Floyd and "the lack of police accountability."

"[It] has led to almost a state of lawlessness and we've seen our attempts to ask for more resources, more police, more security in our neighborhoods again being rebuffed," he said.

Lopez said he wanted Illinois National Guard troops to help the Chicago Police during the unrest, but claimed that those requests were ignored so that Guardsmen could protect wealthier areas of the city.

"We need to remind ourselves that this is not who we are, we are better than this and the only way we can get past this is if we check our egos and check our political point-making and actually focus on the task at hand which is to help all of our neighborhoods," he said.

"It's easy to call for defunding police when you live in a safe neighborhood," he later added. "Many neighborhoods throughout the city of Chicago get along with their police ... and if you were to leave them to the wolves you'd be putting them already at a greater disadvantage than they are now."