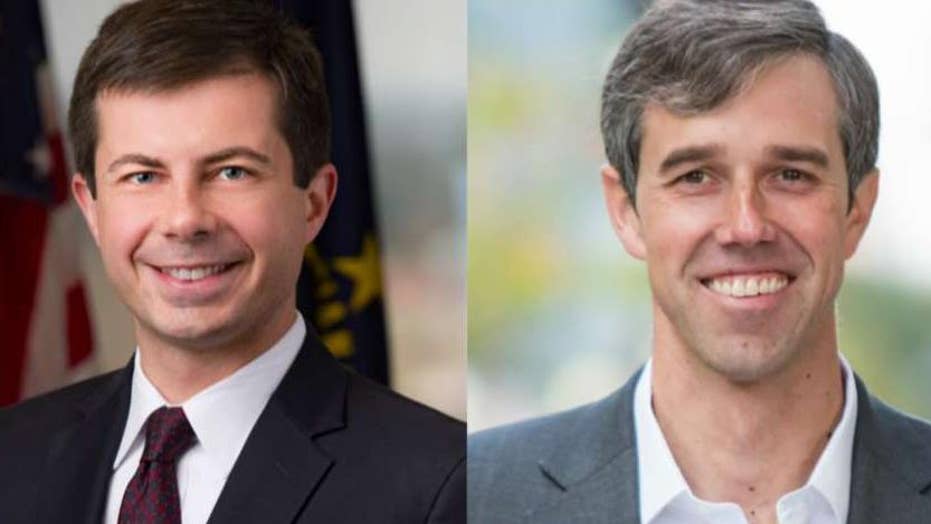 O'Rourke made the statement during CNN's LGBTQ forum on Thursday night, when he was asked if "colleges, churches, charities" who weren't pro-gay-marriage, should be denied tax-exempt status. He immediately answered, "yes."

Buttigieg responded to the incident on "State of the Union" Sunday and said O'Rourke is playing with fire.

"The idea that you are going to strip churches of their tax-exempt status if they haven’t found their way toward blessing same-sex marriage, I’m not sure [O'Rourke] understood the implications of what he was saying," he said.

"That means going to war, not only with churches, but I would think with mosques and a lot of organizations that may not have the same view of various religious principles that I do."

"There can be no reward, no benefit, no tax break for anyone or any institution, any organization in America, that denies the full human rights and the full civil rights of every single one of us," O'Rourke said during the forum. "Freedom of religion is a fundamental right, but it should not be used to discriminate."

Buttigieg, who is openly gay, stressed the need for a strict separation of church and state but reiterated how much more divisive the country would become if O'Rourke's proposed policy solution was ever carried out.

"Going after the tax exception of churches, Islamic centers or other religious facilities... that's just going to deepen the divisions that we’re already experiencing -- at a moment when we’re actually seeing more and more people motivated often by compassion and by people they love, moving in the right direction on LGBTQ rights," he said. "Which is obviously extremely important to me personally."