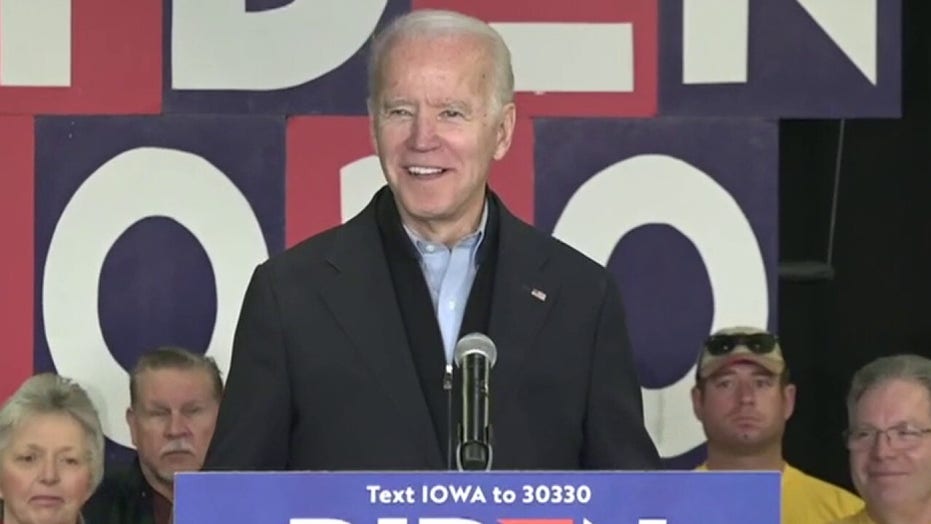 Speaking on Fox News on Sunday ahead of Monday night's Iowa caucuses, Fox News senior political analyst Brit Hume said after the results are in, “the race could change overnight.”

“What this race has needed, at least from my perspective as an observer, is some shape,” Hume said.

He then noted that “polls have been up and down” and “all over the place.”

“[Former Vice President Joe] Biden has managed to hang on to something of a national lead. Now in the early states, it appears that Bernie Sanders is ahead,” Hume said. “We’ll know an awful lot more about this race on Tuesday morning and I’m sort of looking forward to having a race that you could kind of get your arms around to understand it.”

Looking out at more than 3,000 supporters at a campaign rally and concert in Cedar Rapids, Iowa on Saturday night, Sanders, I-Vt., boldly predicted victory ahead of Monday night's Iowa caucuses -- which will mark the first test of whether the fiery populist can achieve in 2020 what eluded him four years ago. 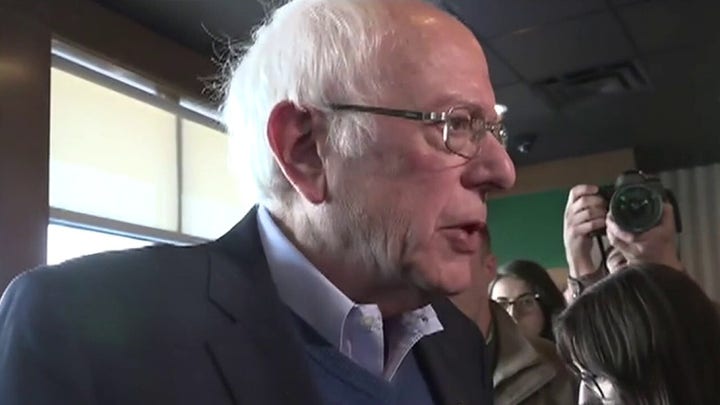 His campaign quickly touted that it was the largest rally of any Democratic presidential contender this cycle in the Hawkeye State.

The gathering – coming just 48 hours before the first contest in the long road to the White House – was another sign of the Sanders surge in the race for the Democratic nomination.

Crowd sizes are one way to gauge the momentum – two others are polls and fundraising figures.

The independent Vermont senator who’s making his second straight bid for the Democratic nod has soared in polls in Iowa the past couple of months. In October and the first half of November, Sanders was in the mid-teens in the Real Clear Politics average of the latest Iowa Democratic caucus surveys, trailing two key rivals – former Vice President Joe Biden and fellow progressive rock star Sen. Elizabeth Warren of Massachusetts.

But Sanders' numbers edged up to the upper teens by December and skyrocketed in January. He now stands at 24 percent support among likely Democratic caucus-goers in the latest RCP average, ahead of Biden at 20 percent, former South Bend, Ind., Mayor Pete Buttigieg at 16 percent and Warren at 15 percent.

INSIDE THE SANDERS SURGE: IOWA LEADER DEPLOYS ARMY OF SUPPORTERS, SURROGATES IN FIGHT TO LOCK DOWN THE LEFT 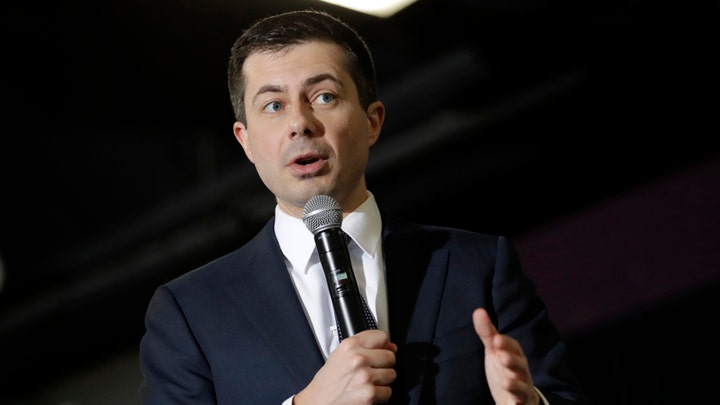 When anchor Martha MacCallum asked if he’s surprised that Sanders “is still such a big element in this four years later” Hume answered, “I don’t think so because if you look at the direction the Democratic Party has taken, the center left party of Bill Clinton is basically gone.”

“Bernie Sanders had strong staying power four years ago, he’s still got it today,” he continued. “He’s going to be in this, I think, until the end because he’s not going to run out of money and his supporters are ardent and energetic and so he’s going to be with us.”

He went on to say that “the only real question is whether he can mount an early lead and then kind of run the tables in this and win the whole thing which, I think, will result in delirium tremens among establishment Democrats. I’m sure they’re worried as hell that that could happen.”

Hume noted that after Iowa’s results are in, “Some candidates may fall by the wayside.”

He added, “If Elizabeth Warren doesn’t do anything here, I think she’s in some trouble already, she may fall by the wayside and of course who does that strengthen? Guess who? Bernie Sanders in my view.”