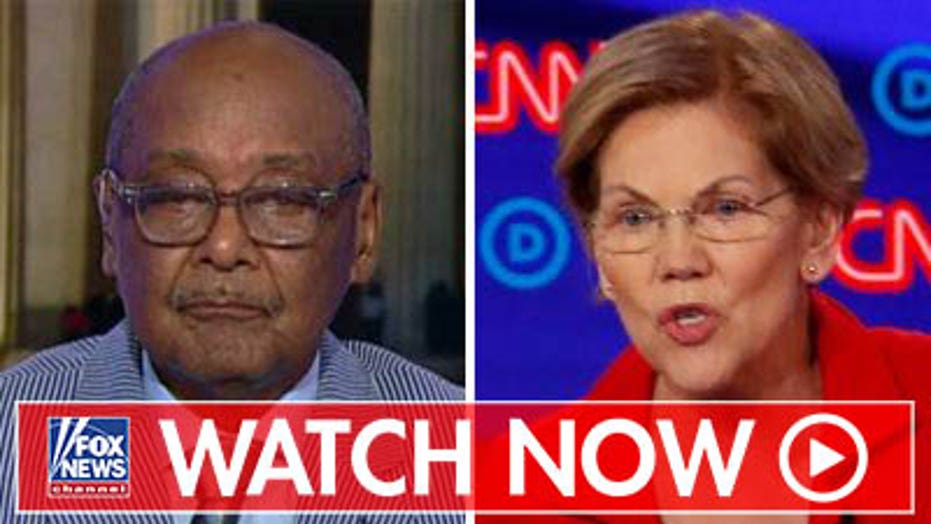 The claim by Sen. Elizabeth Warren, D-Mass., that President Trump is advancing environmental and health care racism insults African-Americans, according to Bob Woodson.

The 2020 Democratic presidential candidate is preventing Americans from having an honest discussion on the issue of race and racism, Woodson, founder of the Woodson Center, claimed Wednesday on "Tucker Carlson Tonight."

"I have no idea," he responded when asked by host Tucker Carlson what "health care racism" means. "As a veteran of the civil rights movement, I find her comments insulting, condescending and patronizing. 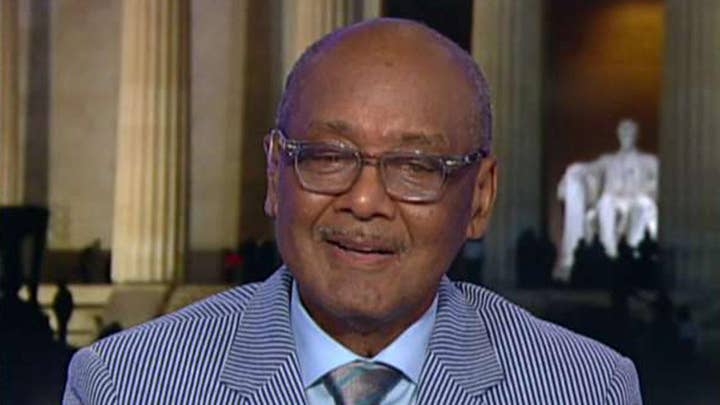 "It also acts as a barrier for the exploration of real solutions that exist for places like Baltimore and low-income blacks."

"The way we do better is to fight back and show something better."

In his interview with Carlson, Woodson said Warren continues to wrongfully "harp" on her claims against Trump.

"It is really harmful to any kind of discussion," he said.

The Pennsylvania-born activist and community leader claimed the largest problems among blacks come from within, not from people who are white.

"Elizabeth Warren and people who continue to emphasize the external enemy are preaching a false solution."

He claimed the true problem exists within urban areas, between different groups of African-Americans.