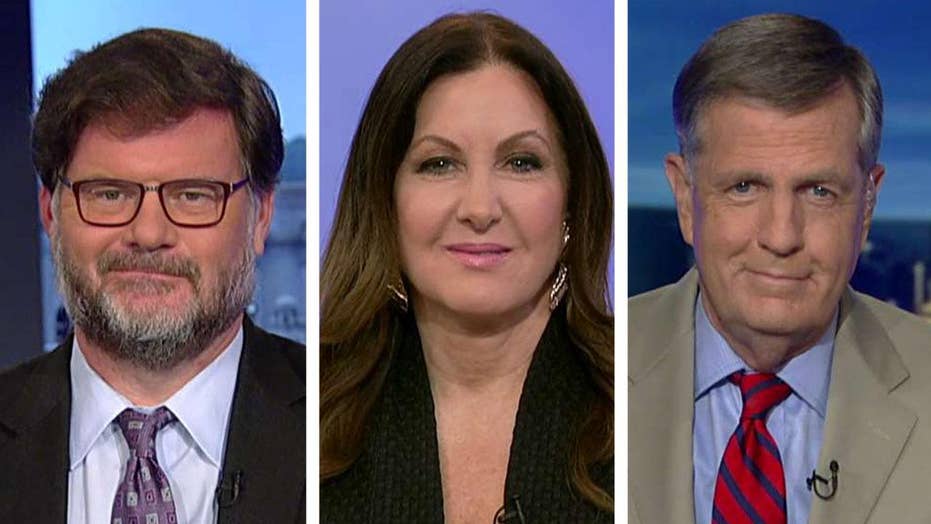 A group of protesters disrupted night two of the CNN Democratic debates, shouting "Fire Pantaleo" in reference to the 2014 death of Eric Garner.

The shouting was first heard as New York City Mayor Bill de Blasio was giving his introduction. Toward the end of his remarks, a man could be heard shouting: "fire Pantaleo."

New York City Police Officer Daniel Pantaleo was the officer who put Garner, an unarmed black man, in a fatal chokehold after the 43-year-old was attempting to sell cigarettes on the streets. The incident was caught on camera, where Garner can be heard saying "I can't breathe" several times before he died.

The protests, however, continued as Sen. Cory Booker, D-N.J. was making his introduction, which halted the entire debate.

WATCH: BIDEN QUIPS TO KAMALA HARRIS TO 'GO EASY' ON HIM, CALLS HER 'KID' AHEAD OF DEBATE REMATCH

During Booker's introduction, several protesters could be heard shouting again: "Fire Pantaleo." The candidate waited several seconds until the protesters were escorted out of the theater before continuing.

De Blasio's team was quick to offer a response to the protesters on Twitter.

"To the protesters in the audience today: I heard you. I saw you. I thank you," de Blasio said. "This is what democracy looks like and no one said it was pretty."

Earlier this month, the Department of Justice announced that it would not bring any civil rights charges against Pantaleo, which sparked major backlash.