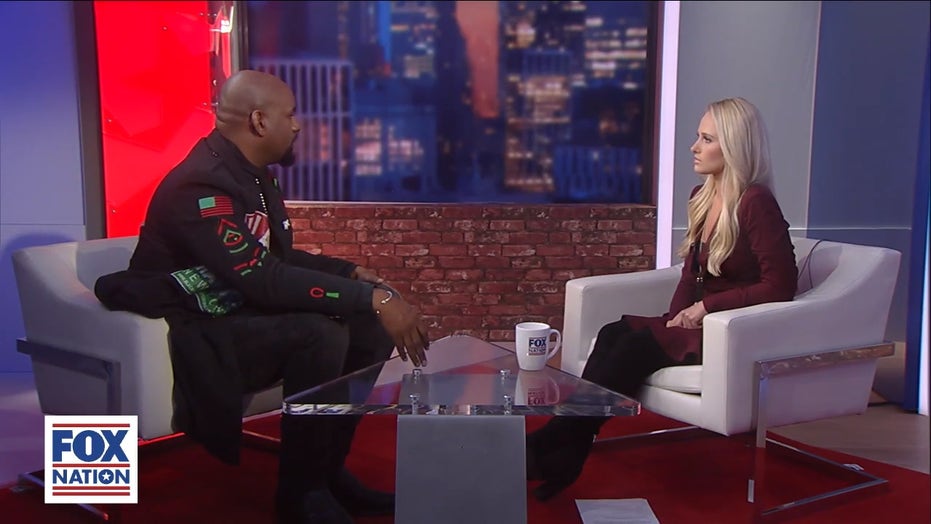 Black Lives Matter leader justifies rioting in interview with Tomi Lahren: 'Riot is the language of the unheard'

In a new episode of Fox Nation's "No Interruption," Tomi Lahren sat down with the president of Black Lives Matter of Greater New York, Hawk Newsome, who argued that his organization and others like it are justified in using destruction to call attention to their grievances with American society.

"The riot is the language of the unheard," said Newsome, who compared modern-day protests to The Boston Tea Party.

The quote “language of the unheard” is from Martin Luther King Jr’s “The Other America” speech, delivered in 1967 and 1968. In the speeches, King did not defend rioting but said it was the result of understandable anger.

"What if you throw a whole bunch of tea in the water and start a war?" Newsome continued at another point in the interview. "That's what this country was built on."

The protests were reportedly organized by a collection of 30 grassroots groups called "Decolonize This Place."

Protesters carried signs with slogans like "F--- the Police" and "No cops! No fares!"  NYPD Chief Terence Monahan said in a tweet that some individuals even attempted to "physically assault" police officers.

"There are a lot of black people who say 'f--- the police,'" said Newsome. "But the majority of the people out there who are saying 'f--- the police', in these particular events, are white people."

"You have to really start to ask why people say, 'f--- the police,'" he continued. "You really have to take away this fetish or the way that we fantasize policing and really look at it for what it really is."

"From day one, black people's interactions with the police had been negative," argued Newsome, who says that the "institution of policing" is racist.

"They started out with slave patrols," he said, pointing to the federal Fugitive Slave Acts of 1793 and 1850, which allowed for the capture and return of enslaved people. 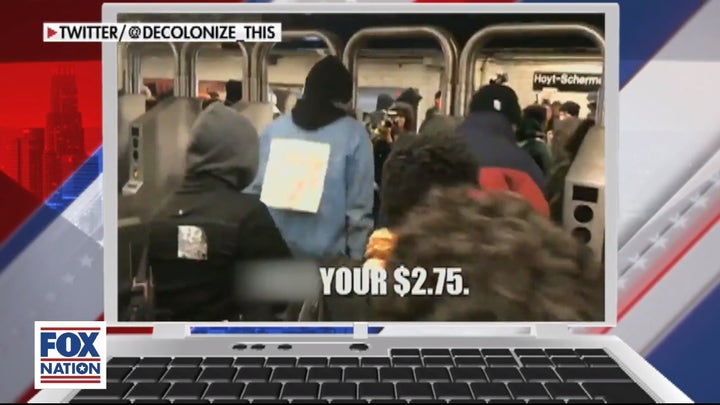 "The Fugitive Slave Act, where they would take black people, stop them in the street, ask them for their papers, if they couldn't produce them they'd send them back into slavery," he said. "Sometimes they sent free people back into slavery. The interaction between black people and police in this country has never been good."

While Lahren said she disagreed with Newsome's assessment of the police, she said she wanted to focus on the tactics of the movement.

"I'm not going to disagree with what you believe in... What I'm saying is this -- when we're talking about solving problems, the methods in which I've seen groups like Black Lives Matter advance their ills or societal grievances -- when it turns into burning, looting in the streets, I don't see it being productive," said Lahren.

Newsome claimed that destructive protests are rare, but he did not condemn them.

"The white supremacists who built this country never earned anything peacefully. They did it through bullets and blood.  And that's the American way."

"I want to make sure I'm getting you clearly," pressed Lahren. "It is OK to vandalize, to light things on fire and to loot businesses because the United States of America drops bombs on other countries, and because we have problems... people have grievances."

"It is OK to act in that manner? And you co-sign on to that as the chairman of Black Lives Matter. You were saying that that is OK?"

"I think that it is a tool of white supremacy to say if you want freedom, then you get it by protesting peacefully," said Newsome.

"Why is it a tool of white supremacy?" he concluded. "Because the white supremacists who built this country never earned anything peacefully. They did it through bullets and blood. And that's the American way."

To watch all of Lahren's interview of Hawk Newsome on "No Interruption" go to Fox Nation and sign up today.