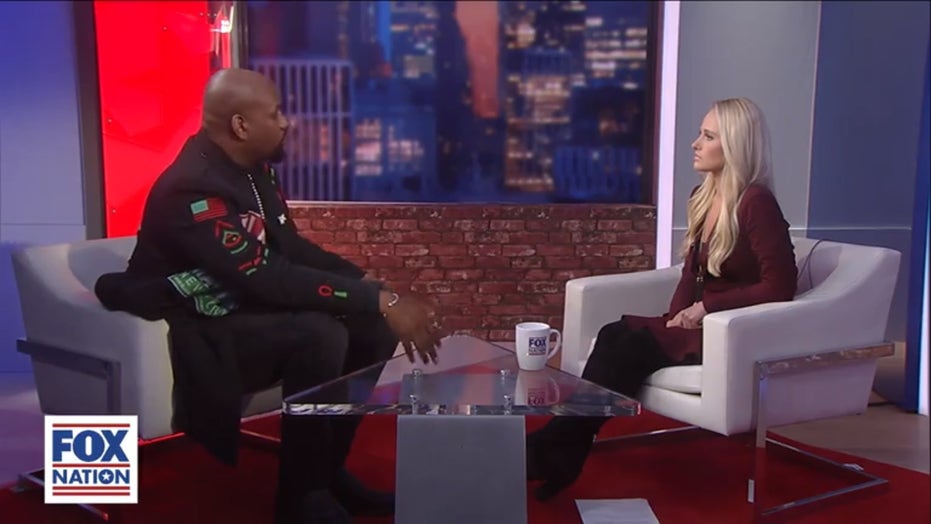 Hawk Newsome, the chairman of the Black Lives Matter chapter of New York, said his organization is developing armed patrols of "peace officers" to safeguard communities from police brutality, following the death of George Floyd.

Fox Nation host Tomi Lahren sat down with Newsome in February 2020 on her show "No Interruption," in the aftermath of protests and destructive riots in New York City, which shut down major transportation hubs in January 2020.

In a wide-ranging conversation, Newsome laid out his ideology, which is grounded in the conviction that the institution of policing is inherently racist and that positive change cannot be achieved through peaceful protest alone.

"This is no secret -- the criminal justice system in America is racist and the police are the enforcers," Newsome told Lahren, saying that The First Step Act, President Trump's signature bipartisan criminal justice reform package, is an admission of guilt.

Newsome argued that African-Americans have long been mistreated by law enforcement, dating back to the federal Fugitive Slave Acts of 1793 and 1850, and he contended that calls for reform have fallen on deaf ears. 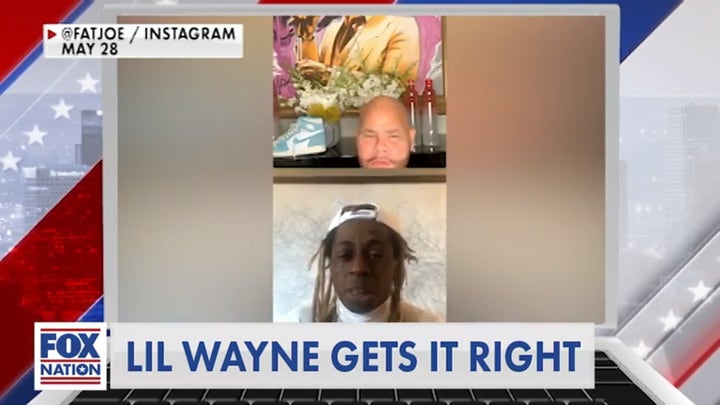 When it comes to the tactics employed by allegedly oppressed people, Newsome said that peaceful protest alone is not enough, despite the example of civil disobedience set by Dr. Martin Luther King Jr.

"The white supremacists who built this country never earned anything peacefully," he said, "They did it through bullets and blood and that's the American way.

"You're saying we shouldn't be trying to emulate that," countered Lahren, "We should be trying to do it through burning, vandalizing, looting, and uprising."

"Tomi, here's what it is," replied Newsome, "Dr. King was doing that and at the same time, this country was burning."

'WHY IS THIS NOT MURDER ONE?': NANCY GRACE CHALLENGES CHARGES IN GEORGE FLOYD DEATH

"Through the entire 1960s when black people had the highest rates of growth, wealth accumulation, property ownership was when we were rioting and burning this country down because that's what America understands."

"That's the America you want to see?" pressed Lahren.

"That's the America that exists," he answered.

To watch all of Lahren's interview with Hawk Newsome, and hear his defense of the harassment of police officers, go to Fox Nation and sign up today.