Former drug czar Bill Bennett warns the ruling could have repercussions for the U.S.

BILL BENNETT: PRESIDENT HW BUSH WAS BEST BOSS I EVER HAD

In a ruling hailed as a “historic step” for ending the country’s “war on drugs,” a Mexican judge granted two plaintiffs permission to possess, transport and use cocaine recreationally.

The judge explained his reasoning for the ruling, saying cocaine has the potential to "relieve tension and allows for a new spiritual and personal experience."

"You can kill yourself and that also relieves tension," Bennett responded. "And if you take a lot of cocaine, that's exactly what you're doing."

Mexico United Against Crime (MUCD), the organization behind the case, said the court would allow two petitioners to “possess, transport, and use" cocaine, but not sell it.

“We have spent years working for a more secure, just and peaceful Mexico,” said MUCD director Lisa Sanchez in a Tuesday news release. “This case is about insisting on the need to stop criminalizing… drug users and designing better public policies that explore all the available options.”

Bennett, who served as Drug Czar during the George H.W. Bush administration, said decriminalization will be ineffective, and urged Mexico to look at California, which legalized recreational marijuana use in an unsuccessful attempt to eliminate the black market.

"They won't eliminate the cartels, they'll just have a lot more cocaine," Bennett said. "This is a really bad idea."

Bennett worries that the ruling could "bleed into the United States" and said he also fears that "the softness of many of our states on this issue" could be a problem if Mexico looks to the U.S. as precedent "for a country that knows what it's doing."

"For Pete's sake has anyone noticed that we're in the midst of a terrible, awful opioid and illegal drug crisis and now we've got this legalization effort at the border, and in our states," said the Fox Nation host.

Bennett also highlighted his new episode of "Wise Guys" on Fox Nation, where he sat down with a panel of guests to discuss the cultural divide in the country today. 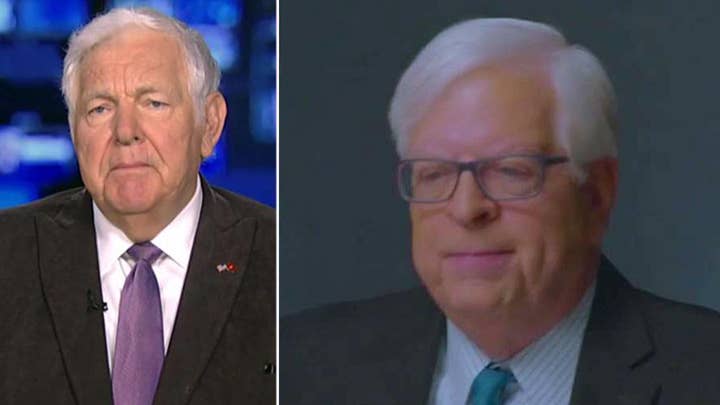 To watch the latest episode and more from the popular series, visit Fox Nation and join today.