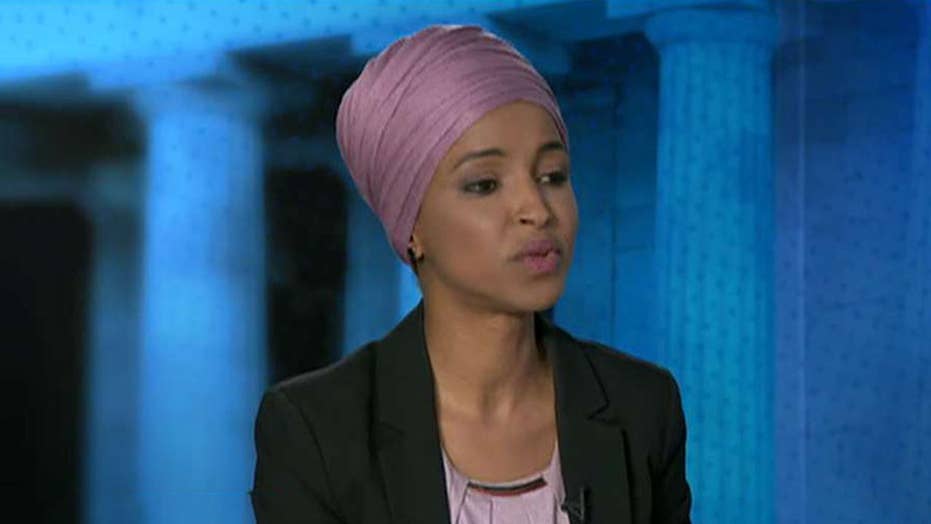 Tucker: Rep. Omar thinks she suffered more than you did on 9/11

Omar addressed her concerns about Biden in a new interview with The Guardian, after appearing at the Iowa People’s Presidential Forum on Saturday. She said the former vice president lacked the excitement necessary to inspire long-lasting change.

"There are few people who fit into the kind of progress that we all want to see in this country. And I would say he is not one of them," she said.

IN RESURFACED INTERVIEW, ILHAN OMAR ANSWERS QUESTION ON 'JIHADIST TERRORISM' BY SAYING AMERICANS SHOULD BE 'MORE FEARFUL OF HIWTE MEN' 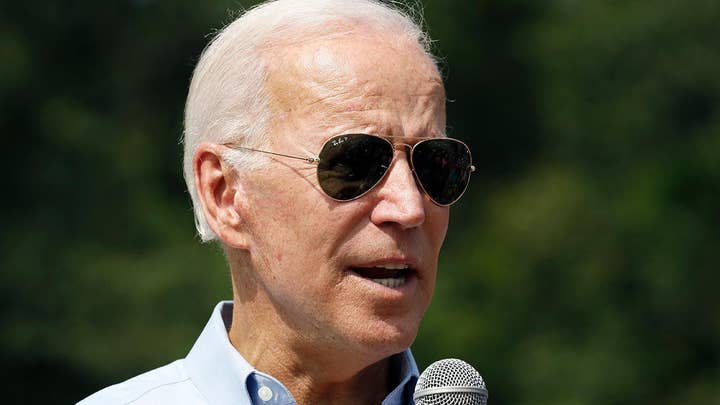 "I think it has been very clear to many of the people who have been creating the kind of movement that is exciting generations, that we want somebody who really has a plan that is going to tackle a lot of the systematic challenges that we have, and he doesn’t," Omar added.

Omar is a member of the progressive "squad" -- along with Rep. Alexandria Ocasio-Cortez, N.Y., Rep. Rashida Tlaib, D-Mich., and Rep. Ayanna Pressley, D-Mass -- and has been a vocal critic of the Trump administration, and the president's policy agenda.

The Guardian also spoke with 2020 Democratic hopeful Julian Castro and asked him about Biden's absence from the forum. He said candidates must be in touch with voters if they hope to prevail over Trump.

“I’ll just say that if we’re going to win this election in 2020, it’s going to be because we excite people, and we can’t excite them if we don’t show up for them," he said.