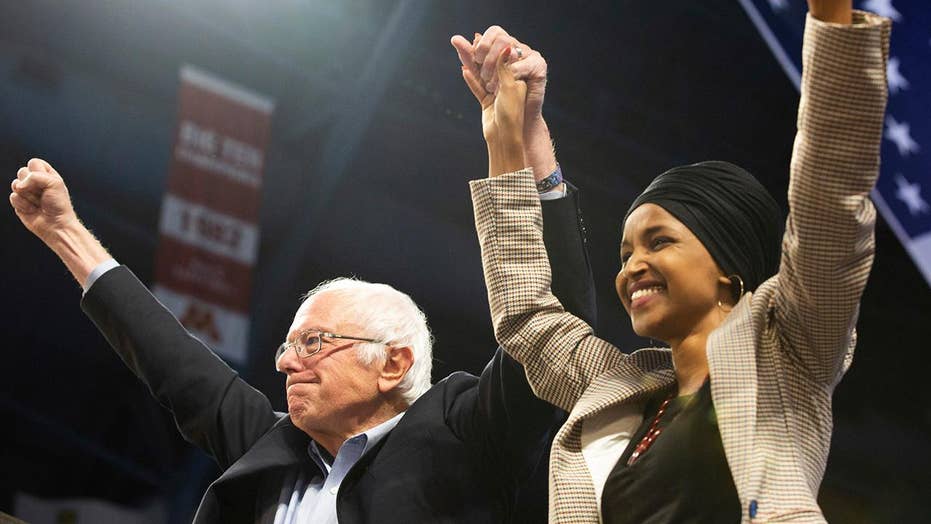 Mandatory gun buybacks are unconstitutional and could give the federal government broad power to impose their will on law-abiding citizens, said 2020 presidential hopeful Sen. Bernie Sanders, I-Vt., on Sunday.

Sanders was taking questions at a green jobs town hall in Charles City, Iowa, when he was asked for his opinion on mandatory buybacks of AR15s and AK47s.

"I don't support — a mandatory buyback is essentially confiscation, which I think is unconstitutional," he replied. "It means that I am going to walk into your house and take something whether you like it or not. I don't think that stands up to constitutional scrutiny."

BETO SAYS POLICE WOULD ENFORCE GUN CONFISCATION UNDER HIS BUYBACK PLAN: 'THERE HAVE TO BE CONSEQUENCES'

Former fellow 2020 candidate Beto O'Rourke was an outspoken advocate of mandatory gun buybacks for assault-style weapons and made it a centerpiece of his campaign.

In September at the New Hampshire Democratic Party convention, O'Rourke called for mandatory buybacks, red flag laws, and a national registry, all in the same speech.

"A gun registry in this country, licensing for every American who owns a firearm, and every single one of those AR-15s and AK-47s will be bought back so they’re not on our streets, not in our homes, [and] do not take the lives of our fellow Americans," O'Rourke said.

This isn't the first time the issue of gun buybacks has been thrust into the spotlight and criticized by the Democratic presidential field. In October, South Bend Mayor and 2020 hopeful Pete Buttigieg agreed with Sanders that buybacks are akin to confiscation. He drew fire from fellow candidates Sen. Cory Booker, D-NJ., and Sen. Kamala Harris, D-Calif., who supported the plan.

Last month, before withdrawing from the race, O'Rourke said police officers would have to enforce the buybacks and enter private homes to carry out the confiscation.

“Any law that is not followed or flagrantly abused, there have to be consequences or else there is no respect for the law," he said on MSNBC's "Morning Joe."

"I think there would be a visit by law enforcement to recover that firearm and to make sure that it is purchased, bought back, so that it cannot be potentially used against somebody else."