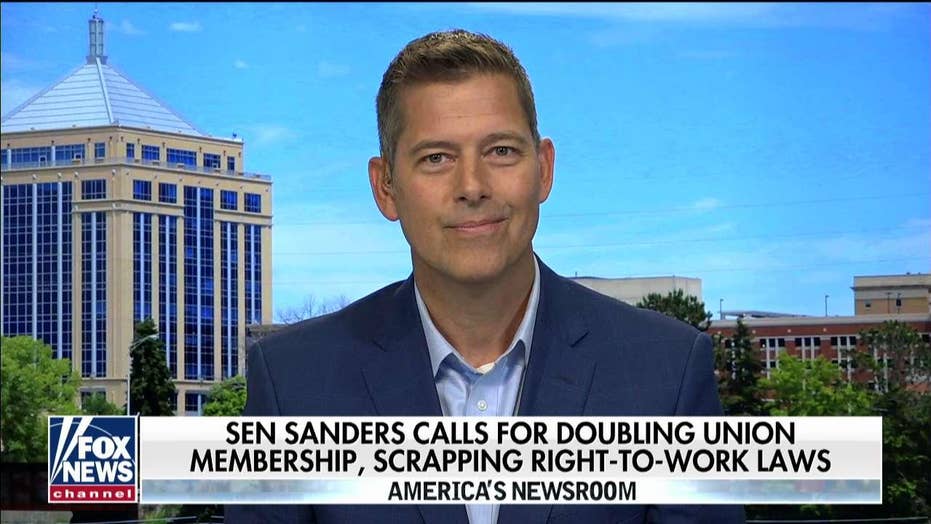 "The reality is Bernie Sanders actually supports socialism, and we know that socialism will actually decrease union workers and jobs in their field," he said Thursday.

"Bernie Sanders wants 'Medicare-for-all,' and [that] means that union members who have gold-plated health care plans will lose their health care and be forced onto a watered-down Medicare system... his plans won't grow unions. It'll actually shrink unions and their jobs."

Sanders, a Vermont Independent, has proposed a $40 trillion plan, which he claims would save the country money.

"What the most serious economists tell us, that if we do nothing to fundamentally change the health care system, which is what Joe [Biden] was talking about, keeping it as it is, we'll be spending something like $50 trillion over a 10-year period,” he told The Washington Post. “Times change, and we have got to go further.”

Duffy said by forcing Americans into government-run health care plans, Sanders is robbing them of their freedom of choice.

"Bernie understands that people like freedom of choice," he said. "If you're going to give them an option that's one thing. But to force any American, whether you're union or not, out of a plan that you like, into a government-run plan set up by Bernie Sanders, that is not appealing to the American people.