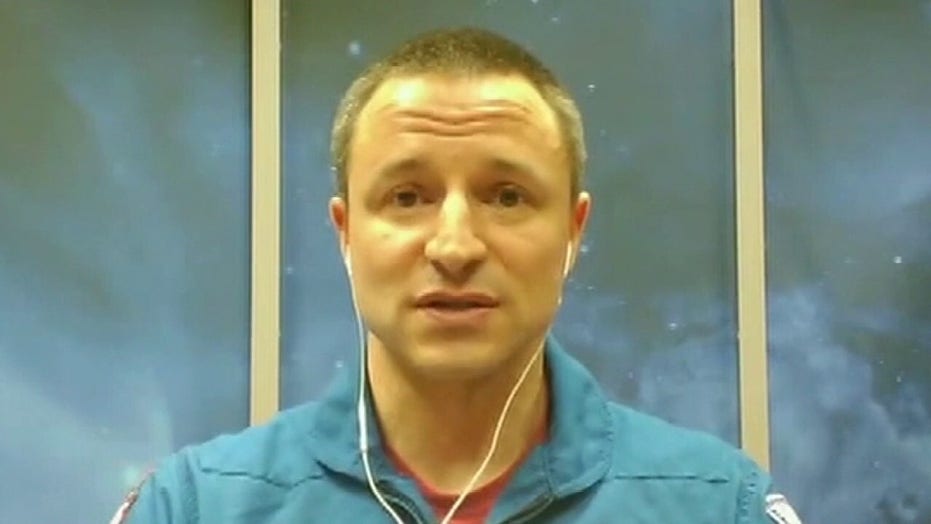 Astronaut returns to changed world after spending 9 months in space

Dr. Andrew Morgan speaks out on 'Fox &amp; Friends' on learning about the COVID-19 pandemic while on the ISS and gives his tips for quarantine.

After ascending to the International Space Station (ISS) in July of 2019, Dr. Andrew Morgan has returned to a world greatly changed by the coronavirus pandemic.

In an interview Thursday on "Fox & Friends" with host Brian Kilmeade, Morgan said that while it was "a tremendous experience and great honor" to be able to represent the country and the planet as part of the ISS crew – with some of the busiest operational time in its history – in talking with family and friends he "started to build the picture that the Earth that I was going to return to wasn't going to be the same one that I left."

In a previous career, Morgan served as an emergency physician and military officer.

"And so, I have great respect – tremendous respect and affection – for the professionals putting their lives on the line when their country, when the world, when humans, when humanity needs them. And to be able to have touched that as a matter of my career was a tremendous honor for me," he told Kilmeade.

"But also," Morgan added, "it was very difficult for me to watch this from the [ISS] and not be able to be there and participate and contribute myself. And so, I thought the best thing I could do is inspire and tell everybody how proud I am of them and that I'm aware that times like these highlight the sacrifices of first responders and pre-hospital providers and the medical profession as a whole."

"But these are the type of sacrifices and the way that they risk their lives on a daily basis," he pointed out.

On May 27, NASA and SpaceX will resume astronaut launches from the U.S. after nine years of complete Russian dependence. Astronauts haven’t launched into orbit from the U.S. since NASA’s last space shuttle flight in 2011.

Astronauts Doug Hurley and Bob Behnken will "blast off" in a SpaceX Falcon 9 rocket, departing from the same Kennedy Space Center launch pad used by shuttle Atlantis in July 2011, as well as the Apollo moonshots a half-century ago.

"Well, any time that we are creating more opportunities to get astronauts onboard the [ISS], it makes the program more robust," Morgan explained.