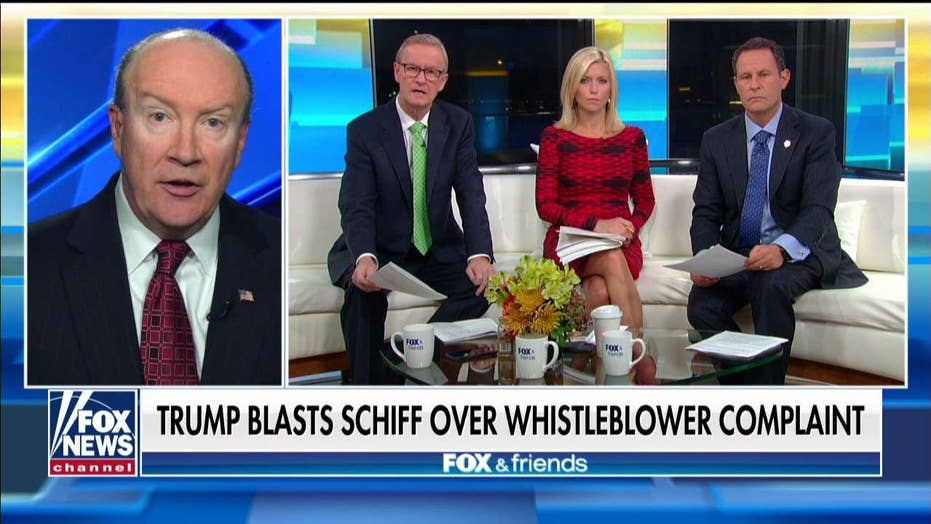 Andy McCarthy: This is not an impeachment inquiry, it's a show for TV

As President Trump's impeachment fight with House Democrats continues to escalate, former federal prosecutor Andy McCarthy said on Thursday that the proceedings will turn into a TV sideshow geared towards ratings.

"It's not an actual complaint," he said during an interview with "Fox & Friends." "And this goes to my point, which is that this is not an impeachment inquiry. It's an impeachment show for television."

McCarthy claimed the fight has nothing to do with the rule of law and is actually a political dispute. He also said the whistleblower complaint looks to have been written by legal minds and might have been shaped by others before it was officially released. 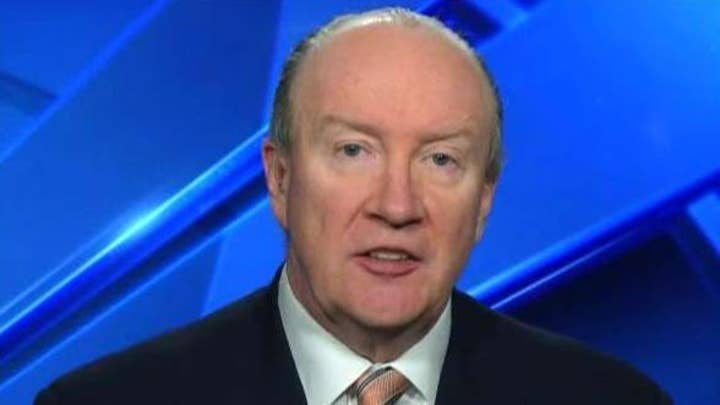 "Right now ... the more you see that [Adam] Schiff is insinuated in it, the more that you see that this complaint could not have been written by the whistleblower, it's very lawyered-up as a document."

Schiff has come under fire for initially claiming the whistleblower had no contact with him, then later admitting that he reached out to the House Intelligence Committee before filing the complaint. A spokesman for Schiff confirmed the news on Wednesday.

"[Schiff] was kind of moved in here and Jerry Nadler was elbowed aside to become the face of the impeachment project in the House," he said. "And I think the longer you look at this, I don't think his credibility is going to be able to stand up to the job.

"And it may just be that if the job is that you're making up something because you don't have actual evidence of impeachable offenses, that has to happen... This isn't the House of Representatives looking for impeachment. This is -- Nancy Pelosi has decreed we have an impeachment inquiry."