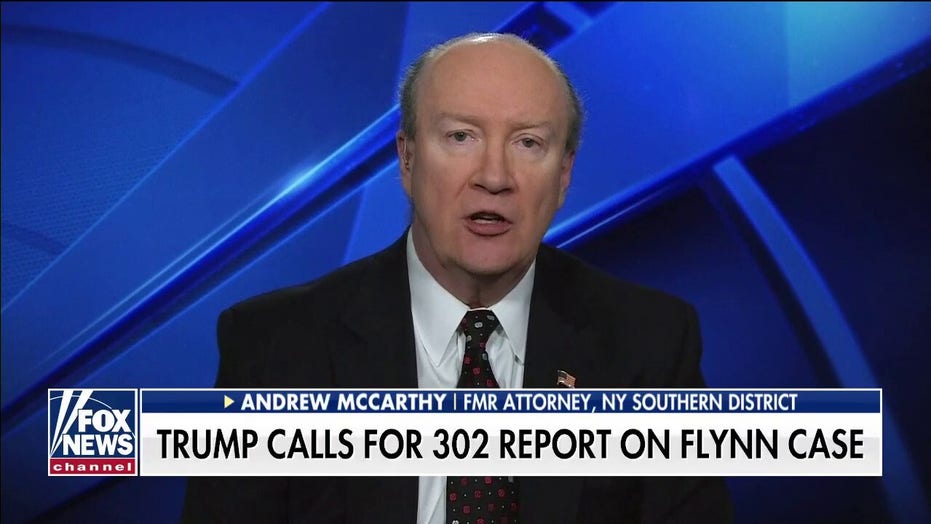 The FBI's “302” case report of the investigation into former Trump national security adviser Gen. Michael Flynn has likely been heavily edited and there may be many iterations of it, National Review columnist and former Assistant U.S. Attorney Andy McCarthy said Saturday.

Appearing on "Fox & Friends Weekend" with hosts Griff Jenkins, Pete Hegseth, and Jedediah Bila, McCarthy explained that 302s -- the bureau's report of an interview -- follow an archaic practice that "really lends itself to manipulation and worse."

McCarthy said that while the FBI's methodology may have made sense in the 60s and 70s, with the technology that is available now there is "no reason" they couldn't just record Flynn's interview electronically -- eliminating any debate or dispute over what the witness had told them.

Instead, McCarthy pointed out that the FBI has one agent lead the questioning and one as a witness and transcriptionist. Within five days following the interview, the pair of agents congregate and write up a report of the interview using notes and their memory.

"Which, already shows that it's...number one: hearsay and number two: they have a motive to tighten up the case, right?" he asked. "So, you're not going to get a verbatim transcript."

McCarthy told Hegseth what likely happened in Flynn's case is that the agents wrote a draft of a report on January 24 -- the day they conducted the interview -- but the actual "302" was not completed until three weeks later. He noted that texts between agents Peter Strzok and Lisa Page show that Flynn's "302" went through "major revisions and edits."

"So, they looked at [it] and somebody wrote it and they said, 'Gee, we don't like how that came out.' So, one guy edits it and then the next person -- Lisa Page says to Strzok: 'What a piece of garbage you gave me.' And, Strzok says to her, 'You've seen it when I got it,'" he continued. "So, you know, who knows how many iterations there are of this thing?" 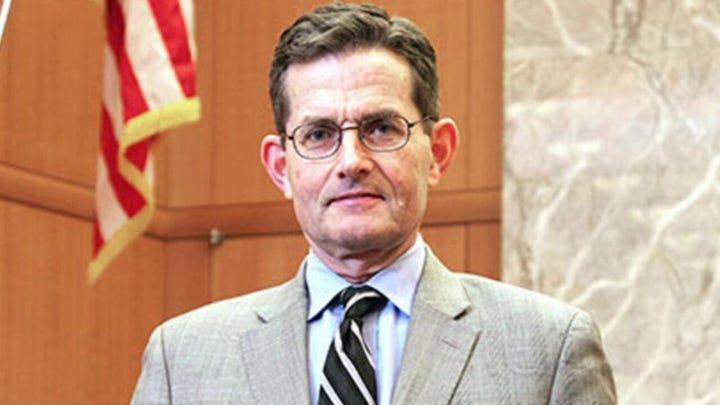 "But, whether it's representative of what Flynn said by the end is questionable," he told Hegseth. "And then, the other thing, Pete, that you have to bear in mind is the agents who interviewed him didn't think he lied. So, that's like the cherry on top."

Late Thursday night, President Trump inquired about the fate of the FBI’s “302” report on Flynn. Officials report it had vanished after the president’s first national security adviser met with federal agents in January 2017.

Flynn's case returned to the national spotlight last week after the Department of Justice (DOJ) moved to dismiss the case against him. Flynn pleaded guilty in December 2017 of lying to the FBI about conversations with Russia's ambassador to the U.S., a plea that he later sought to withdraw.

McCarthy said Attorney General William Barr's motion to dismiss Flynn's case was "really smart" because of a card the DOJ has up their sleeve: U.S. Attorney for St. Louis, Mo. Jeff Jensen. Jensen was formerly an FBI agent for a decade.

"So, I think if anybody could get down to the bottom of what may still in their system, it's Jensen," he concluded. "But, we don't have it yet."