Pro-life leaders are denouncing recent research that purports to debunk the idea women regret their abortions -- fueling debate surrounding the basis for regulating the procedure.

A long list of media outlets reported on the study, released Sunday, with headlines like CNN's: "The majority of women feel relief, not regret, after an abortion, study says." Vice appeared more supportive, running the headline: "Most Women Don’t Regret Abortions. Why Would They?"

The reports on the study, authored by University of California professor Corinne Rocca, also appeared to ignore critical information.

Although CNN included comment from Rocca, it neither included any perspectives from pro-life advocates nor claimed to have reached out to them for comment. These perspectives also were missing from a Guardian article on the research. Business Insider claimed that Rocca's study "shows" the premise behind pro-life laws "is faulty." And, while the outlet didn't include pro-life comments, it did cite a professor who compared some pro-life advocates to "climate change deniers."

The left-leaning Salon similarly published an op-ed from Rocca, who argued that her research effectively quashed what she called a "red herring" used to push regulations on abortion.

Rocca's research utilized the Turnaway Study, which followed women over five years after obtaining abortions, asking them how they felt about their decisions. Many women, Rocca wrote, felt relief and the overwhelming majority believed their decision was the right one.

But, pro-life advocates said the research came from a "pro-abortion" source, showed severe selection bias and used a time frame too short for measuring the effects of trauma effectively.

None of these outlets included concerns about selection bias or the source of the research.

Americans United for Life President Catherine Glenn Foster, who said she regretted her own abortion, told Fox News the study was "inherently tainted by every statistician's nightmare: selection bias." Foster said that as a college student, she initially sought an abortion but changed her mind while in an abortion clinic. The staff, she said, responded by holding her down and forcing her to undergo the procedure.

Additionally, only a fraction of the women remained in the study after five years. The Washington Post cited pro-life researcher David C. Reardon who criticized the Turnaway Study. The research, Reardon said, "is clearly biased toward a subset of women who expected the least negative reactions to their abortion, experienced the least stress relative to discussing their abortions, and perhaps may even have experienced therapeutic benefits from talking about their abortions with researchers who affirmed the ‘rightness’ of their abortion decisions."

Live Action's Lila Rose and Students for Life President Kristan Hawkins cast doubt on the conclusions given that they came from the Bixby Center for Global Reproductive Health.

"This 'study' has all the validity of a Tobacco Institute finding that smoking is good for you. Mainstream media did not highlight the fact that this report is the product of the pro-abortion Bixby Center... which always concludes that abortion is good for you," Hawkins said.

Rose similarly said: “The financial backers and authors of this study are deeply entangled with the abortion lobby and this should call into question how the study was conducted."

Several of the study's authors seemed favorable towards abortion access. For example, the University of California, San Francisco, which houses the Bixby Center, described author Katrina Kimport as an "abortion access advocate." Heather Gould, another author, worked at Planned Parenthood Golden Gate and served as a consultant to Planned Parenthood Federation of America-International. Finally, Diana Greene Foster sat on the board of an organization dedicated to expanding abortion access. 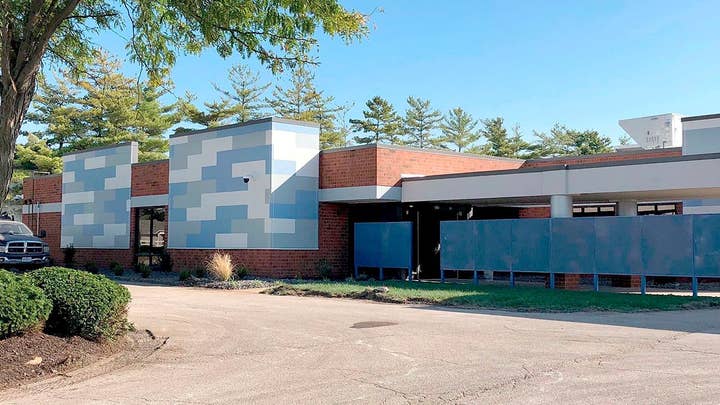 Rocca, on Monday, argued that "without data on the topic, the narrative around supposed 'abortion regret' has been dominated by the few individual stories of women who come to wish they'd made a different choice."

However, Dr. Christina Francis, the chairwoman of the board of the American Association of Pro-Life Obstetricians and Gynecologists, argued to Fox News that plenty of evidence showed women experiencing psychological problems after abortions. "If the authors would have taken the time to look at the 75 studies that exist on abortion and mental health, they would have found that the vast majority of them (65%) show a positive correlation between abortion and adverse mental health outcomes," Francis told Fox News.

Rocca responded to several criticisms in an email to Fox News. She defended the Bixby Center and the study's investigators, pointing out that they had PhDs from accredited universities and have been published in academic journals.

Rocca also knocked arguments about delays in experiencing trauma. "There is simply no evidence for a biological mechanism wherein five or more years after an abortion regret would inherently emerge," she said. "Those who argue so have failed to specify a scientific logic for such an occurrence or provided any scientifically-accepted evidence for it."

Rocca downplayed concerns about selection bias as well. "Regarding selection bias, we'd be concerned if those who enrolled and those who chose not to participate differed on outcomes like decision rightness," she said. She also referenced a previous study which she said exhibited similar results.

"In a prior study, similar decision questions were integrated into the clinical intake form for all patients at a dedicated abortion facility. Among the over 5,000 women who sought abortions, the percentages reporting high confidence in their abortion decision were consistent with the percentage reporting the abortion was the right decision at baseline in the Turnaway Study. Notably, the social and demographic characteristics of the study sample closely mirror those of the hundreds of thousands of women who seek abortions each year nationally," she said.

Overall, the evidence has appeared to show varied results surrounding the psychological consequences of abortion. But, in October 2018, the National Institutes of Health released a literature review showing that existing studies tended to agree that "at least some" women experienced negative psychological reactions to abortion.

A 2017 study examined nearly 1,000 post-abortive women, most of whom sought help from pregnancy resource centers. The majority of respondents (67.5 percent) sought help from a counselor, psychologist, or psychiatrist after their first abortions. Only 13 percent of respondents did so before their first pregnancies ending in abortions. Another report from 2011 analyzed the results of nearly two dozen studies and found "a moderate to highly increased risk of mental health problems after abortion."

The pro-life movement has been filled with stories of women who said they felt remorse after their abortions. For example, the Silent No More Awareness Campaign featured a long list of women's testimonies expressing regret. Groups including Project Rachel and Rachel's Vineyard, which has hosted retreats in nearly 80 countries, specifically focused on helping women heal after abortions.

"Women are incredibly complex and I've encountered thousands of women who have grieved the loss of their preborn child from abortion," Rose said in a statement provided to Fox News.

She added, "abortion regret and trauma often manifest years after being buried. As can be the case with any severe trauma, many women may be in denial at first about the trauma and regret associated with abortion, and so their pain is often expressed in other ways."

Grief counselor Laura Ricketts, who has worked with Abby Johnson's "And Then There Were None" organization, similarly told Fox News that trauma from abortion could take over five years to surface. "As a trauma specialist, it's important to note that feelings of remorse and stress-related behaviors don't always start showing themselves until a whopping ten years post-event," Ricketts said.

Warren, who has overseen a network of more than 1,100 pregnancy centers, concurred. His network has offered immediate counseling for pregnant mothers and has provided material resources to 1.7 million clients.

"Regret can certainly come much later than this. There is often a 'relief/regret crossover' point at which the woman's relief from having the abortion is overcome by her regret," he said.

"This can happen for example, when she conceives another child for the first time after her abortion, which could be many years after her abortion, or if she has fertility issues. At Care Net, we hear lots of stories like this from post-abortive women," Warren added. Rachel's Vineyard made similar claims in a 1994 report.

A 2003 study from Reardon similarly identified higher rates of depression among women who terminated their first pregnancies compared to those who didn't.

"The higher rates of depression identified may be due to delayed reactions, persistence of depression or some other common risk factor," the study concluded.