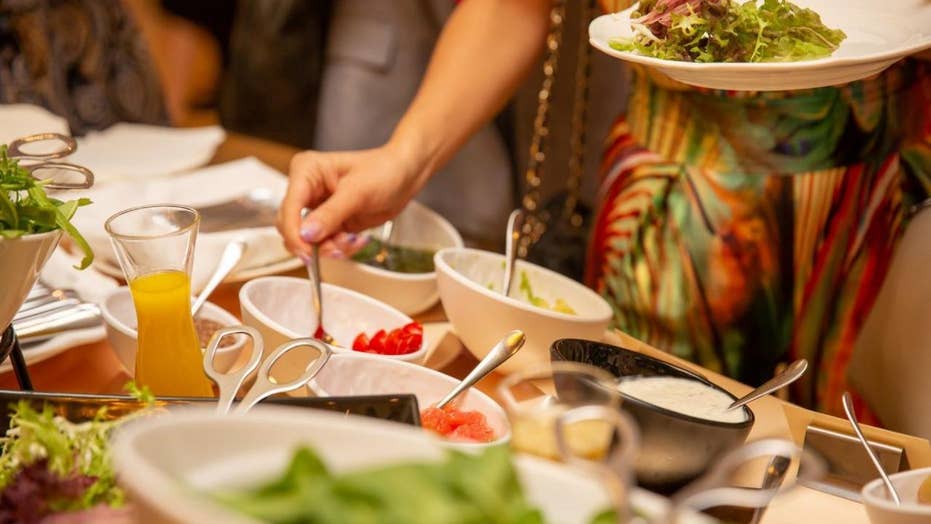 A woman took to the popular Facebook page, ‘That’s it, I’m wedding shaming,’ to criticize the actions of a vegan guest during the bachelorette party and nuptials.

This plant-loving wedding guest got roasted on social media for her actions during the bachelorette party and nuptials.

A woman took to the popular wedding shaming Facebook page, “That’s it, I’m wedding shaming,” to criticize the actions of a vegan wedding guest, claiming the woman’s diet “caused problems” the entire time.

“Not wedding shaming but wedding guest shaming,” the woman wrote in the post, which had nearly 200 comments.

“She’s vegan, (no shame that’s cool) but because of it, she didn’t want to pay the same price for food as everyone because she wasn’t going to eat things like pizza, eggs for breakfast etc. I was cool with that. Then she decided she didn’t like the shirts we were all getting so basically all she paid for was the room she had to herself in the rental.”

The woman went on to claim that the other guest “moped around in the kitchen cooking her vegan food, in prep for whatever our next meal was that she wouldn’t be participating in and food shaming us" during the bachelorette weekend.

The woman went on to claim that the other guest “moped around in the kitchen cooking her vegan food, in prep for whatever our next meal was that she wouldn’t be participating in" as well as food shamed everyone else in the bridal party. (iStock)

“We went to a nice restaurant Saturday night, with plenty of vegan options (we checked the menu for her ahead of time) but she insisted on lugging a HUGE Tupperware container of her special food out. This girl sat next to me at a 5-star place picking a few bites around from a 5-gallon container. Then we went out after and we all had small cross body bags and she carried around this huge Tupperware container at the club all night because she didn’t want to just toss it and spend the money on a new one,” the poster claimed.

The outraged guest wrote, “the whole weekend revolved around her being vegan and rude about it.”

But the problems did not end there, the woman wrote in the guest-shaming post.

On the day of the wedding, the poster wrote that the bride had ordered a special vegan meal for the woman to have at the reception. However, the vegan guest allegedly still brought her own meal to eat.

“Not shaming her food choices at all. Only shaming the fact that it was a cause of convo the whole weekend, she shamed us for pepperoni pizza (I believe the words slaughter and murderers were used), and then she brought food [to the wedding] still knowing there would be a special meal for her,” the poster wrote.

Those in the wedding shaming group were equally as appalled and left comments ridiculing her actions.

“Honestly, she’s the one being a d--- it sounds like. I get her cooking her own food at the house, even bringing SMALL snacks she can have in her purse would be fine. But large Tupperware, when there are options available to you? Seriously lady?” one commented.

“No, but in all seriousness, this chick sounds like the epitome of why vegans get a bad rep,” one person wrote.

“I was a hard core vegan for about 3 years and never did I bring tupperware-filled food to a restaurant. There was always something customizable to eat-she's just looking for attention,” another said.

Though there were many defending the vegan woman’s behavior.

“Also vegan food is crap 99% of the time even at restaurants and catered dinners. My company’s Christmas dinner vegan option as a grilled mushroom and a fruit cup. ....that’s it. Once you’ve been vegan awhile you learn to just bring your own food bc it’s better, easier, and safer to do,” a fellow vegan wrote.

“I’d probably get annoyed with this person but I feel like this isn’t really shameworth,” one person wrote.

“Honestly I wish I brought food for the weddings I’ve been to. The vegan options were SAD and barely enough to feed a toddler. And I wouldn’t want to pay for food that I wasn’t eating either,” another commented.