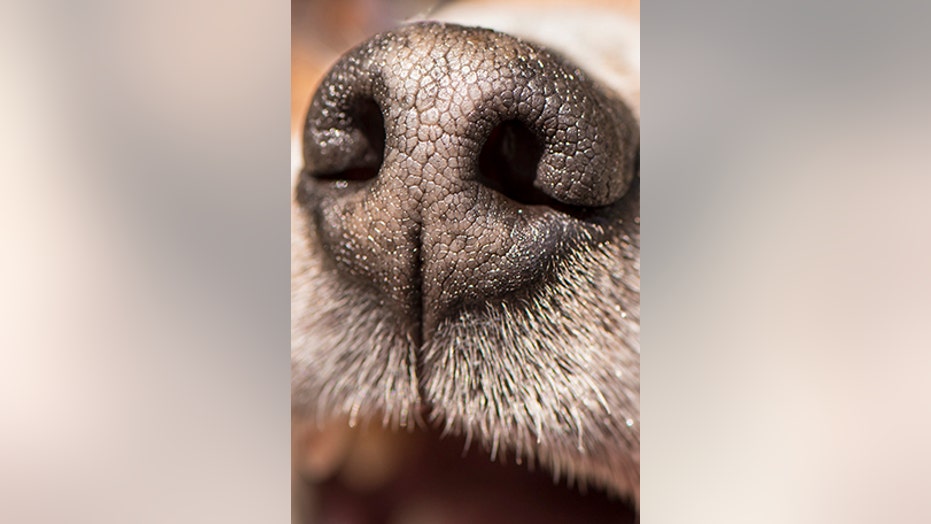 This gardener was in for a surprise when she found her pet’s look alike among her potatoes.

Joanne Gudger, 47, from Atherstone, England, was harvesting potatoes from her portion of a community garden when she discovered a spud that looked just like her American bulldog, Dave.

“As soon as I pulled it out of the soil I knew straight away that it looked like Dave,” she told The Sun.

She immediately took a picture and later posted it on several Facebook groups for allotment – or community – gardens, according to the outlet.

“Everyone was joking in the comments and saying that they’re going to be careful digging their potatoes up in the future in case they dig up a puppy,” Gudger told the tabloid.

Gudger, who has three children, said Dave has recently been suffering from Cushing’s disease, so his look alike potato has cheered up her family, and has even led to the 13-year-old pet getting a new nickname.

“He’s getting older now and is going a bit grey so he probably looks more like the potato than ever,” she said.

“It was just perfect how the potato had Dave’s jowls and everything,” she continued. “We now call him ‘potato head Dave’.”

Gudger's discovery has also lifted her co-workers' spirits, she said. She works as an operations manager at a health care company and the coronavirus pandemic has hit her and her colleagues hard, according to The Sun.

“It’s obviously been a very trying time but this has cheered us all up massively,” she said.

A woman harvested a potato from her spot in a community garden that looked just like her dog Dave (not pictured). (iStock)

The woman and her family decided to put the potato on display instead of eating it – but eventually, sadly had to get rid of the spud, Gudger said.

“We didn’t want to eat the potato because it’d be hard to eat a masterpiece like that,” she explained. “It, unfortunately, rotted away in the end and got composted because it no longer resembled the dog.”

However, even though the potato is gone, Gudger is still tickled by her discovery.

“I still keep laughing about it because I’ll probably never grow a potato that looks like my own dog again,” she said.