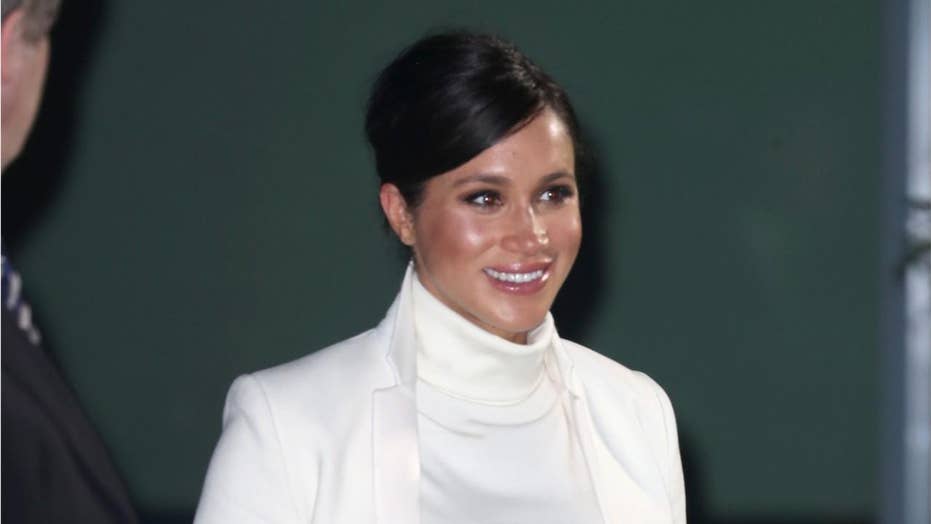 Meghan Markle said goodbye to the Big Apple Wednesday night in a comfy-casual outfit that’s arguably one of her most relaxed public looks yet. The pregnant royal jetted back to the U.K. after her NYC baby shower in a baseball cap, black workout gear and Adidas sneakers.

The 37-year-old mom-to-be looked ready for the transatlantic flight in what’s been identified by InStyle as a pair of $98 Lululemon leggings, a $98 Ingrid & Isabel athletic top and $180 Adidas UltraBoost kicks. Markle completed her travel outfit with a knee-length, camel-colored coat, $850 Jennifer Meyer nameplate necklace that read “Mommy,” and a black baseball cap, evidently borrowed from her “Suits” pal Abigail Spencer, who attended the bash at The Mark Hotel.

The baby shower itself commenced in the luxe hotel’s $75,000-per-night penthouse suite, where guests dined on fare from The Mark’s chef Jean-Georges Vongerichten and participated in shower activities like flower arranging, as per Page Six.

The former actress is said to have arrived in New York City on Feb. 18 for her star-studded baby shower held the following day at the Upper East Side haunt. 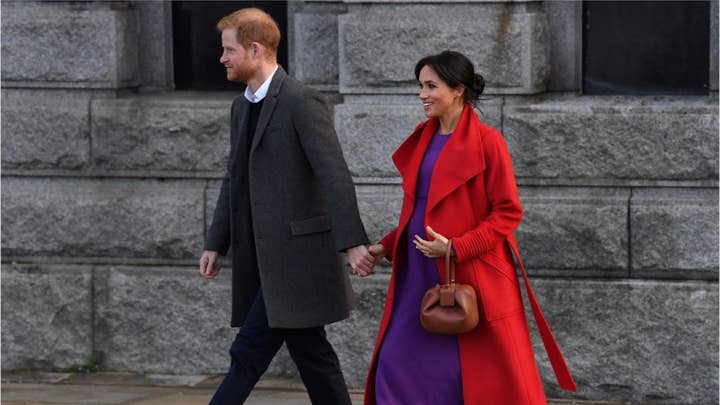 Markle’s sister-in-law Kate Middleton was notably absent from the event. Reports say that the Duchess of Cambridge was skiing in France’s Troi Vallees with her husband, Prince William, and their three young children during the fête.

Markle and husband Prince Harry announced in October that they're expecting their first child. The baby is due in the spring, likely in April or May.

The couple are said to be embarking on a working "babymoon" in Morocco starting Saturday.

The Duchess of Sussex has defined herself as something of a style rebel since officially marrying into the British monarchy last May. She has made headlines for breaking unwritten “royal protocol” by attending official engagements sans tights, going barefoot and putting her hands in her pockets, while opting for dark manicures, strappy high heels and messy buns, too.