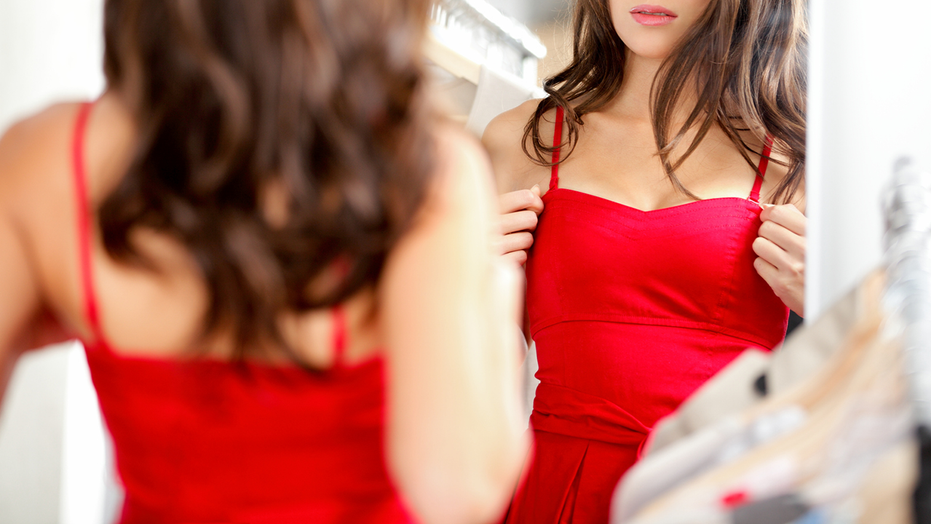 A popular fitness coach and mommy blogger is apologizing for “normalizing an unnatural body standard” with her breast implants.

Maria Kang, also known as “Fit Mom,” originally made headlines back in 2013 for a controversial social media post, which featured a photo of herself and her three children, along with a message asking followers what their “excuse” was for not working out.

GYM RESPONDS TO BACKLASH ABOUT 'JUST BE UGLY' MESSAGE BOARD

“I was stuck in the social media world, where fake physiques are rewarded, 'liked' and valued. I feared my husband’s opinion."

Since then, Kang’s made a career out of promoting exercise and health as a priority, despite the challenges of being a busy mom, wife and business owner.

One aspect of her online presence that still bothered her, however, were her breast implants.

On Tuesday, she took to social media to address the issue, along with her reasons for ultimately having the implants removed.

“I don’t like regrets, but I have a few in life,” Kang wrote, in part. “I remember the day I made the decision to augment my breasts clearly. I didn’t research. I never thought about needing or wanting it before. But, when I was told it was something I ‘had’ to do to win - I did it,” said Kang, who told Yahoo Lifestyle she was competing in beauty pageants at the time.

Kang went on to explain that she often thought of getting them removed, as they contributed to her issues with eating disorders and body dysmorphia, but her career and family distracted her from getting the surgery.

“Those are all excuses, though. The truth is, I was still scared and insecure,” she admitted.

“I was stuck in the social media world, where fake physiques are rewarded, 'liked' and valued. I feared my husband’s opinion. I liked how I looked in clothes and swimsuits. I was vain. And I own that.”

As Kang explained in her blog in June, issues with fatigue, discomfort and even heart palpitations ultimately convinced her to take action, and she underwent surgery in late May.

In Tuesday’s post, she also apologized for her online “presence” prior to revealing the struggles with her implants.

“I’m sorry for my presence — for unconsciously normalizing an unnatural body standard, not expressing my challenges with body image and not being strong enough to unfix this years ago,” she said.

“I hope my vulnerability will encourage you to love your body and to value spirits that love their bodies too. I hope you know that all the filters, body altering apps, fillers and fake body parts will not make you more beautiful than you are right now.”

Michelle Gant contributed to this report.