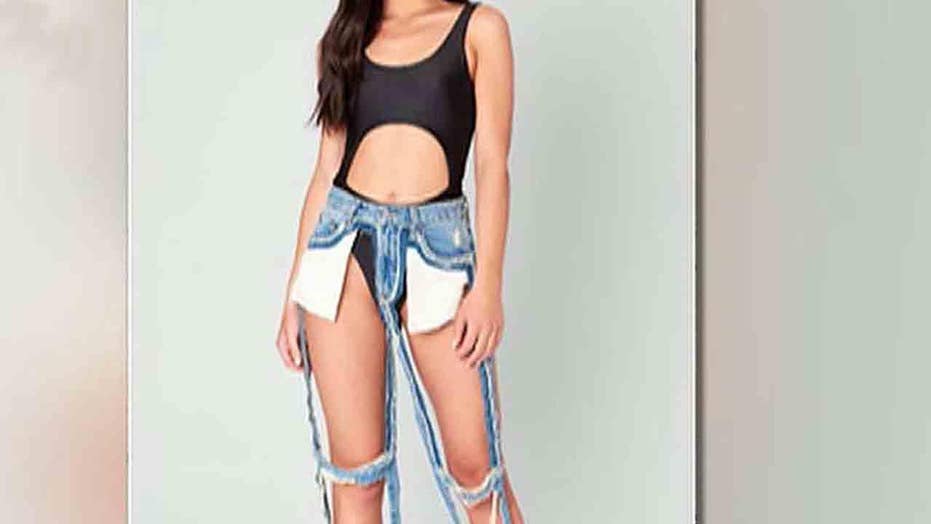 A company called Carmar is marketing a pair of jeans that consist of little more than a few strips of denim and some pockets.

Just when we thought that “buttless jeans,” "thong jeans" and "show stopping" denim thongs were behind us, a retailer is making headlines yet again for a pair of high-priced and barely-there denim pants.

On May 1, Carmar Denim’s “Extreme Cut Out Jean” made waves on Twitter for its $168 price tag — and its wildly revealing look.

The Los Angeles-based brand described the jeans as featuring a "relax fit, high rise" with "large statement cutouts on front and back.”

Twitter users, naturally, had much to say about them.

“Surely there are cheaper ways to look like an idiot?” one detractor mused.

“Please somebody tell me this is a joke shop and there aren't people dumb enough to pay $168 for this,” another critic agreed.

Others, however, took the uniquely cut pants more lightly.

“If only those pockets included jeans,” one user joked. “When you want to go to the beach but denim is life,” another quipped.

While it may require a stretch of the imagination to dream up a setting in which the Extreme Cut-Out jeans would be a fitting look, the models featured in Carmar’s Instagram posts of the pants appear to be having a lovely time in their barely-there bottoms at the carnival and beach.