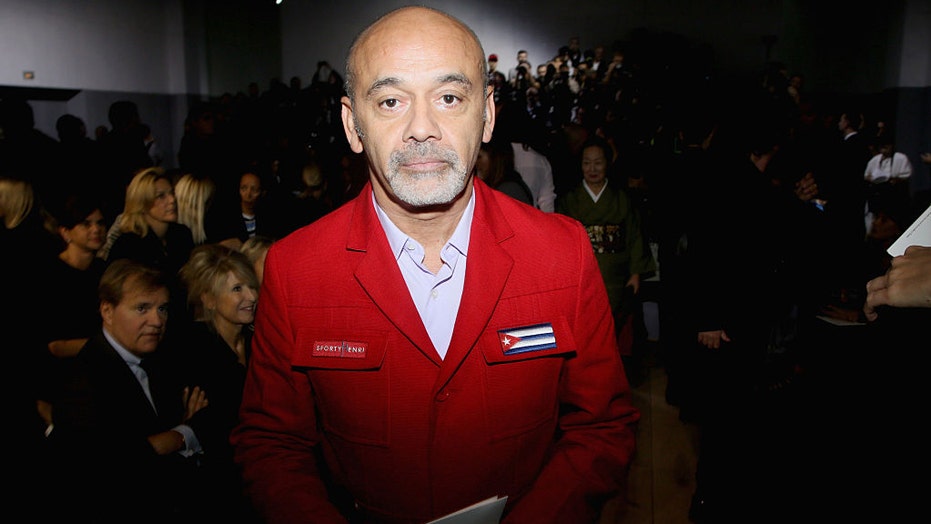 Celebrated designer Christian Louboutin believes that wearing his stiletto heels is an act of “freedom” for women — even if they’re not entirely comfortable in them.

Speaking with the Agence-France Presse (AFP) ahead of the opening of a new exhibition celebrating his work, Louboutin, 57, said his signature shoes allow women the “freedom to be feminine,” despite the limited mobility inherent to wearing them.

"To be a woman is also about enjoying one's freedom to be feminine if you want,” he told the AFP. “Why renounce (high heels) when you can have them and flats[?]”

The designer added that heels are a “form of liberty,” and insisted that the difficulty of running in stilettos is a “positive.”

Christian Louboutin spoke out about his love of stilettos ahead of a new exhibition in Paris celebrating his work. (Victor Boyko/Getty Images For Dior)

"I don't think about comfort when I design,” he said.

Judging by the popularity of Louboutin’s signature red-bottomed heels — which have been name-dropped by everyone from Carrie Bradshaw to Cardi B and Jennifer Lopez, the last of whom wrote an entire song about them — Louboutin’s well-heeled clientele don’t seem to care about comfort. And no one knows this better than the designer himself.

"No shoe with a 12-centimeter heel is comfortable … but people do not come to me looking for a pair of slippers," he told the AFP.

"I don't want people to look at my shoes and say: 'They look really comfortable!' The important thing is that people say: 'Wow, they're beautiful!'" he claimed.

Louboutin’s comments come at a time when some are rallying against preconceived notions about women and footwear — especially in Japan, where tens of thousands of women have petitioned for the government to ban workplaces from instituting mandatory dress codes that require them to wear high heels.

Interestingly enough, however, Louboutin explained to the AFP that his love of high heels stems from a sign he once saw at a museum as a child, which asked women not to wear high heels lest they damage the museum’s parquet flooring.

Louboutin, seen here signing his signature shoes during an appearance at a Nordstrom in Seattle, said he was always drawn to the “mystery and the fetishistic side” of the heels. (Mat Hayward/Getty Images for Nordstrom))

"I think the fact that high heels were forbidden played on the unconscious,” he said, adding that the shoes’ “mystery and the fetishistic side” also appealed to him.